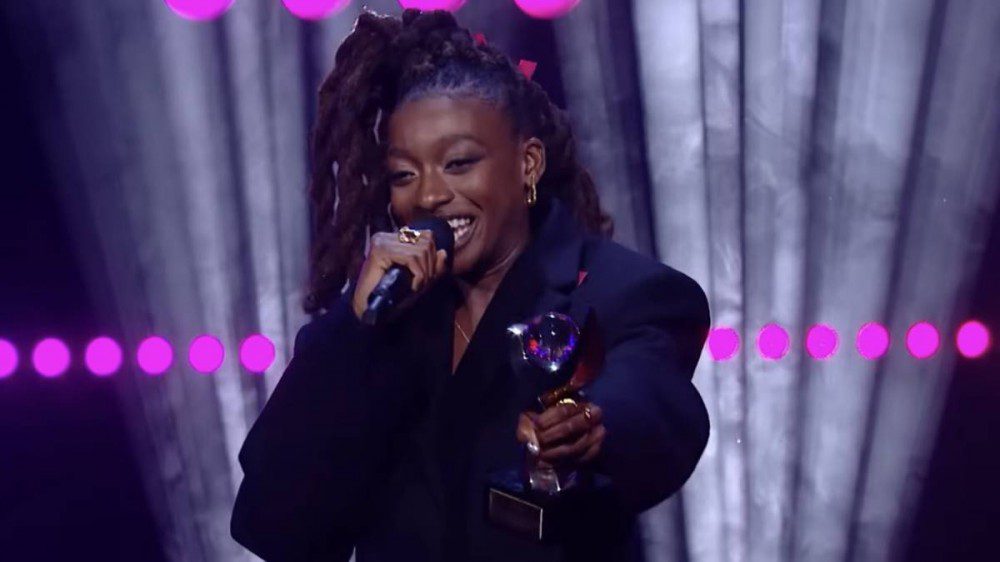 UK rapper Little Simz has reason to celebrate as she has won the 2022 Mercury Prize for her album Sometimes I Might Be Introvert.

Simz was awarded a trophy and a check for £25,000 following her performance at a ceremony held at the Eventim Apollo (formerly known as the Hammersmith Apollo) in London, England.

The album, which was released in September 2021, beat out projects from the likes of Harry Styles, Jessie Buckley & Bernard Butler, Kojey Radical and Wet Leg She was also nominated for the same award in 2019 for her third album Grey Area.

“In a year that has, to put it mildly, presented rather a lot of challenges, British and Irish music has thrived more than ever,” the Mercury Prize judging panel said in a statement. “That made it extremely hard for the judges to choose an overall winner from the 12 ‘Albums of the Year’ on the 2022 Mercury Prize shortlist, simply because all of them had so much to offer.

“When it came down to it, the judges were so impressed by Sometimes I Might Be Introvert by Little Simz that everyone could get behind it.”

The statement continued: “This accomplished and complex yet entirely accessible album is the work of someone striving constantly to push herself. It deals with themes both personal and political while putting them against music that is as sophisticated as it is varied.

“The Mercury Prize is all about shining a light on albums of lasting value and real artistry. Sometimes I Might Be Introvert has both.”

Little Simz’s fourth studio album included guest appearances from Cleo Sol and Obongjayar and received critical acclaim, being named the best album of 2021 by Exclaim! and BBC Radio 6 Music. Rolling Stone also included it on its list of 200 Greatest Hip-Hop Albums of All Time earlier this year.

This was the same list that caused uproar on social media when Cardi B’s Invasion of Privacy was ranked at No. 16 ahead of multiple classic albums such as Nas’ Illmatic, Dr. Dre’s The Chronic and Kendrick Lamar’s good kid, m.A.A.d city, among others.

Cardi addressed the backlash on an episode of Angela Yee’s Lip Service podcast, saying she understood why fans think those albums should rank higher than hers, but at the same time, she didn’t want Invasion of Privacy to be overlooked.

“You know, I understand that people feel a certain type of way,” she said. “But don’t try to disrespect me or my work or my album because your mother was listening to my shit, your bitch was driving listening to fucking ‘Be Careful.’ All y’all bitches, all y’all hoes. So it’s like, don’t even try it.”

In a 4.2-rated review of Little Simz’s Sometimes I Might Be Introvert, HipHopDX‘s Matthew Ritchie called it “an espousal on Black womanhood with deep emotional intelligence and refined insight from someone who’s ruminated on her pain and found catharsis through music.”