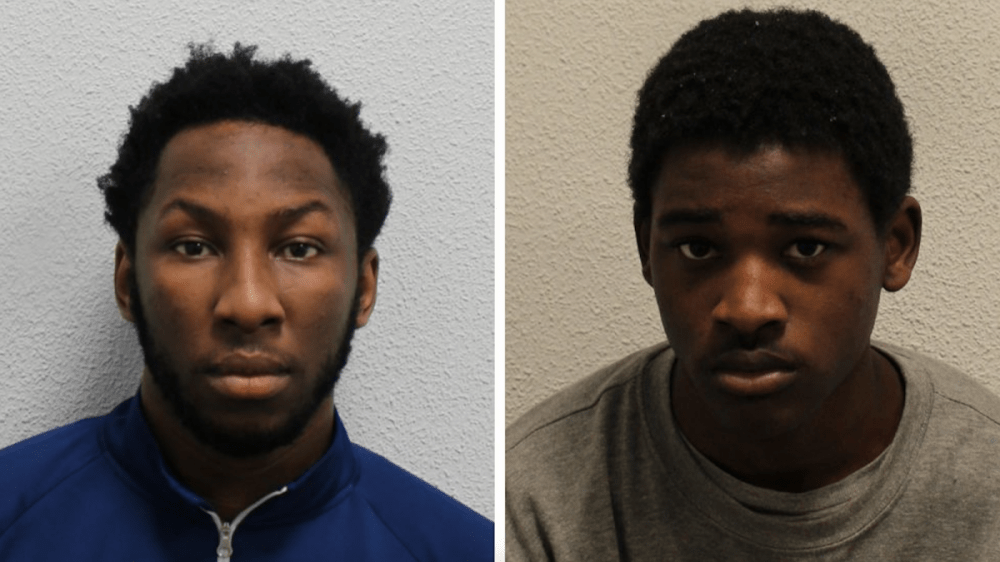 Two UK men have reportedly been sentenced to a minimum of 28 years in jail for killing London drill rapper Bis of the Harlem Spartans collective, according to the Metro.

Bis — real name Crosslon Davis — suffered at least nine wounds to his head, back and chest during a knife and machete attack in Deptford, London on December 6, 2019, with most of the incident caught on CCTV. 20-year-old Elijah Morgan and 21-year-old Jedaiah Param were found guilty of murder and having a blade after a trial at the Old Bailey, and were on licence at the time of killing having previously been convicted of knife-related offences.

Judge Angela Rafferty QC said, “This was a savage murder of a defenceless man. He was hacked to death. It is clear he had been shown no mercy whatsoever and he died in the street despite extensive efforts of emergency services to save his life.”

Bis was returning to London from a music video shoot when he appeared to become “angry” on the phone after thinking someone was being “disrespectful” about fellow Harlem Spartans member Latz, who was stabbed to death in July 2018. His friend Els suggested they meet the caller and arrived in the Deptford Creek area at around 1.15am.

Shortly after the defendants got into a taxi, Bis allegedly opened the rear door and tried to attack Morgan while armed with a mallet. The taxi sped off but the driver was told to stop, which is when the defendants and two other assailants got out and set upon Bis.

The victim’s mother Vivienne Davis paid tribute to her son, who had been rapping since he was 2 years old and was about to start university.

“He was intelligent and had the whole world in front of him,” she said. “Such a bright future cruelly cut short. These cowards pleading not guilty and causing us to have to go through this horrifically detailed trial on how they brutally and callously murdered my baby, refusing to acknowledge guilt or responsibility for their heinous crime, speaks for itself. They have made me watch my son being killed around 15 times on the CCTV footage which was shown to the court.”

She added, “The last time I held my baby was December 5, 2019. We hugged and said ‘I love you’ as we usually do when he leaves, but this time I said ‘break a leg’ for luck, as I would normally do when he is performing or going to shoot a video.”

Morgan also admitted violent disorder, threatening with a blade, possessing cannabis and two charges of assaulting police officers after he was involved in another stabbing in Nuneaton 11 days after the murder. Param also admitted separate offences involving an attack on a man with a Lucozade bottle containing ammonia at a probation office in May 2019.

Both sentences were ordered to run concurrently.