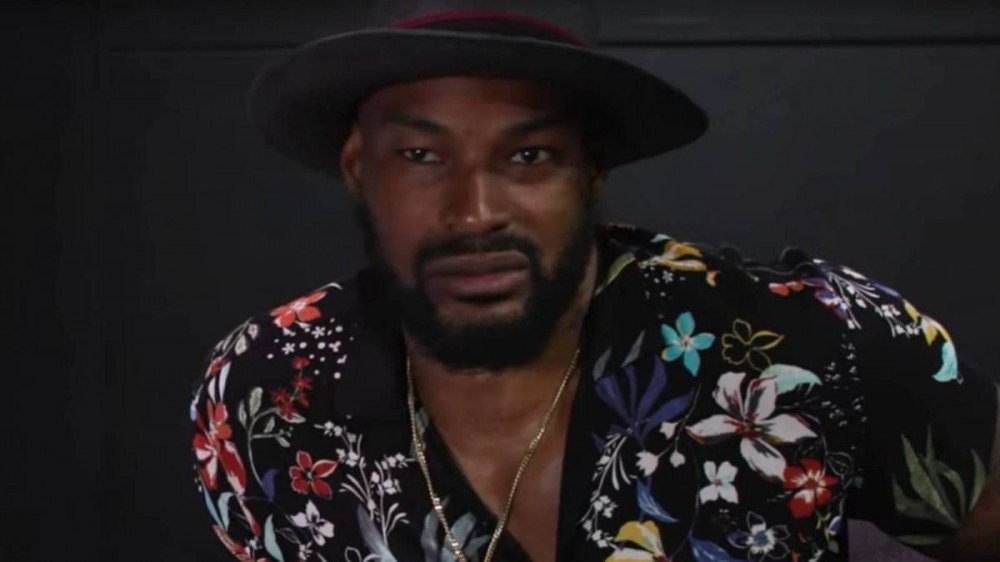 It’s no secret model/singer Tyson Beckford isn’t a fan of Kanye West or his estranged wife Kim Kardashian. Beckford clashed with the couple three years ago when he suggested the former reality television queen had gone under the knife. Kardashian then suggested Beckford was gay and the feud was officially on.

But that isn’t stopping him from speaking on Kanye or Kardashian-related topics. In a recent interview with VladTV, Beckford was asked what he thought about Ye’s Yeezy collaboration with adidas. Rather than completely slam the billion-dollar venture, the 50-year-old New York native took a more diplomatic approach — albeit with a healthy dose of attitude.

“I don’t think anything of it,” he said matter-of-factly. “It doesn’t cross my mind. It’s not something that I like. I’m just not interested. It works for others. I see people in it, but I can’t see me in it. For me personally, that brand is not for me, but obviously it’s doing well and my opinion for him don’t matter.

“Good for him. It’s just not what I would I wear. I’m not saying it’s a shit brand, it’s just not my shit [laughs]. I’m an Air Force 1, Vans, Louis Vuitton guy. For me, when I do combat boots, I do like real military issued.”

The contention between Tyson Beckford, Kanye West and Kim Kardashian started in 2018 when an Instagram photo of Kardashian prompted Beckford to write, “Sorry I don’t care for it personally. She is not real. Doctor fucked up on her right hip,” to which she replied, “Sis we all know why you don’t care for it,” implying Beckford is a closeted homosexual.

Speaking to VladTV in September, Beckford rehashed the Kardashian controversy and referred to her as a “dumbass.”

“Sometimes I’ll get a couple suckers on Instagram who will try to say like, ‘Oh, yeah. You gay,’” he said. “Then I’m like ‘Where is this coming from?’ You heard it from that dumbass? And then you heard it from that stupid bitch Wendy Williams? Man, fuck all of them! I ain’t never been gay, nor do I have a problem with gay people. It’s just like, don’t try to turn a situation into something because I got the best of you.”

Beckford also accused Kanye West of sending a member of his entourage to confront him in the bathroom at at Ralph Lauren’s 50th Anniversary Fashion Show in September 2018 and later suggested he was too scared of Beckford to do it himself.

“I was standing in the middle of Oprah Winfrey and Hillary Clinton,” Beckford recalled. “He [Kanye] was on the other side of the table, and when I tried to make eye contact with him, he wouldn’t look at me.”

Once the man approached him, Beckford said, “I suggest you get out of this bathroom before I wipe you all over the wall. I’m like, ‘You did not want no smoke.’ I had on my tuxedo. I would have undone my tie and got into it if you wanted to, but you didn’t. I think you didn’t realize how big I was.”