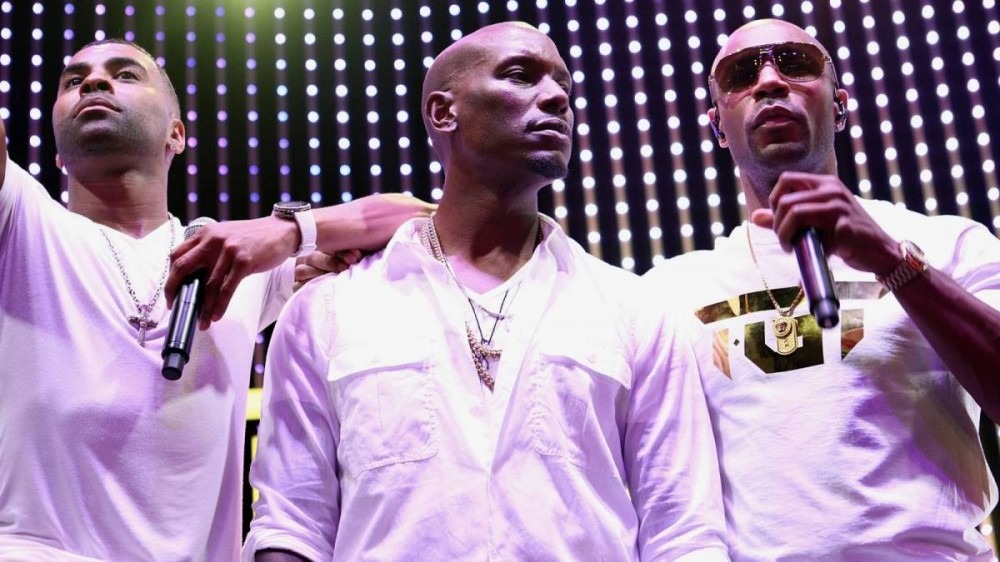 Tyrese and Ginuwine are seasoned vets in the world of R&B, but apparently they’re a little slow of the mark when it comes to recording features.

According to their TGT brother Tank, both artists were set to appear on his new album, R&B Money. However, after initially showing interest in being on the singer’s 10th LP, Ty and G took too long to lay something down.

“They move too slow,” Tank told Majic 107.5/97.5. “Yeah, they were interested … These guys take long. That’s their process. I’m the studio rat. I’m the guy that gets in the studio and does three, four songs a day.

“Those are the guys that get in the studio and do three, four songs a month. Those are those guys. When I’m in the moment, you gotta meet me in the moment. It’s right now, it’s hot right now.”

Any artist that struggles to keep up with Tank, he thanks them and bids them farewell. “It’s nothing personal and even to those I called that didn’t respond back, it’s nothing personal,” he explained. “I don’t need features. Any idea of me wanting to collaborate is just to do something dope.”

You can see Tank talk about Tyrese and Ginuwine below around the 2:29 mark:

R&B is a hot topic of conversation at the moment, after Diddy made the proclamation that the genre was dead last week.

“R&B gotta be judged to a certain thing — it’s the feeling … No, no, no. It’s a feeling,” Puff told Timbaland during an Instagram Live. “You gotta be able to sing for R&B and then you gotta tell the truth. R&B is not a hustle. This shit is about feeling your vulnerability.

A number of artists have since responded to Diddy’s comments, with the likes of Brent Faiyaz, Arin Ray, Chris Brown, Mary J. Blige all weighing in.

Usher also responded, scoffing at the notion the genre was anything but alive and well.

“When I do hear people, even like Puff saying, you know R&B is dead, he sounds nuts to me,” he said on SiriusXM show Bevelations. “It sounds, it sounds, it sounds crazy. You know, especially knowing he was a pioneer in understanding and beneficiary of it.

Diddy later doubled down on his opinion that R&B is dead, however the Bad Boy mogul made it clear that he’s not shading anyone with his comments.

“It’s been 3 days of the debate…This is the clarity of the message…It’s not disrespect to anybody,” the “Gotta Move On” hitmaker tweeted on Saturday (August 20).