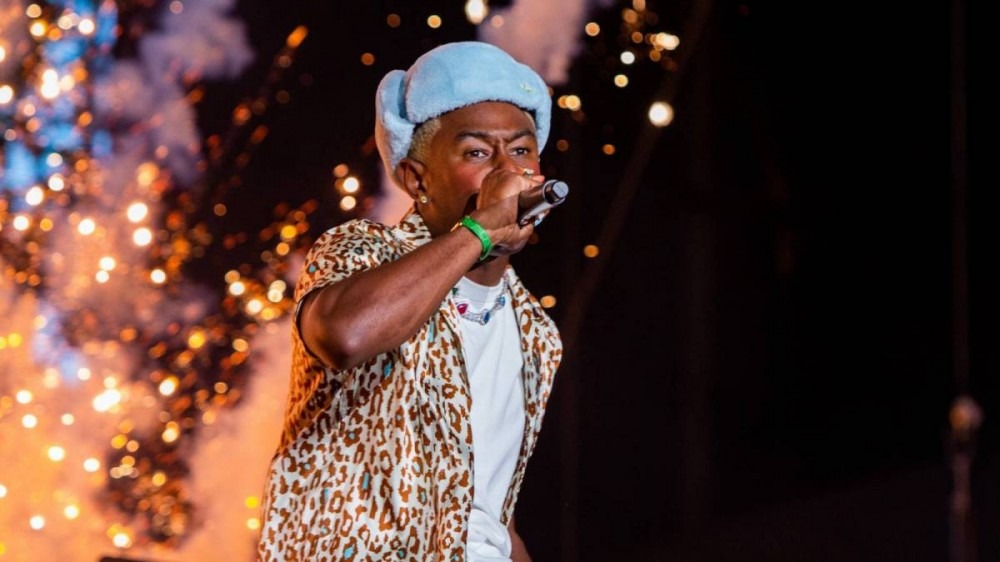 Tyler, The Creator is on a creative high as of late. After winning his first Grammy Award in the Best Rap Album category for IGOR, he fired off another well-received album called CALL ME IF YOU GET LOST in June. The album debuted at No. 1 on the Billboard 200 upon its release, marking the Odd Future visionary’s second chart-topping project of his career.

Now, Tyler has another milestone to celebrate. On July 27, the Recording Industry Association of America (RIAA) officially certified IGOR platinum, meaning it has sold over one million copies. It was certified gold in December 2019, less than seven months after it was released. The self-produced project boasted 12 tracks and contributions from Kanye West, Playboi Carti, Lil Uzi Vert and Solange, among others.

.@tylerthecreator‘s ‘IGOR’ has gone platinum. Where were you when you first listened to the album? pic.twitter.com/DJ3mO4qGib

Tyler, The Creator’s vision for IGOR stretched back to 2013, but he really started working on the project in 2017 with the single “Earfquake.” He wanted to recruit both Rihanna and Justin Bieber for the track, but they reportedly declined. According to a 2019 article from Complex, Tyler was also heavily influenced by Kendrick Lamar who made him feel more confident about weaving singing into his music.

“I know I’m not the best singer, but a friend of mine named Kendrick, I played him some stuff, and he said, ‘Oh, this shit is just feeling. You weren’t worried about the technical… being perfect with your vocal. It was actual emotion,’” he explained during a live performance of the album. “When he said that, I was like, ‘Oh shit, you’re right.’ That’s why I don’t try to always get people to sing my parts. Sometimes I’m just like, ‘Fuck it, I’ll sing it.’ Because someone else can’t really sing my truth and what I’m trying to say. So I got it out.”

Elsewhere during the performance, Tyler told the crowd why he decided to record part of the album in Italy.

“So my dad’s Nigerian, supposedly, and Nigerian music is good,” he said at the time. “You have Sade and so much Nigerian rock. I wanted to live in that moment for a day. So me, Solange, and Frank flew to Italy.” The results were “I Think,” “A Boy Is A Gun” and “I Don’t Love,” which he worked on with Solange in Lake Cuomo, Italy.

CALL ME IF YOU GET LOST, on the other hand, featured 42 Dugg, YoungBoy Never Broke Again, Ty Dolla $ign, Lil Wayne, Domo Genesis, Brent Faiyaz, Lil Uzi Vert and Pharrell Williams. The album is yet another colorful chapter in Tyler’s ever-evolving story.