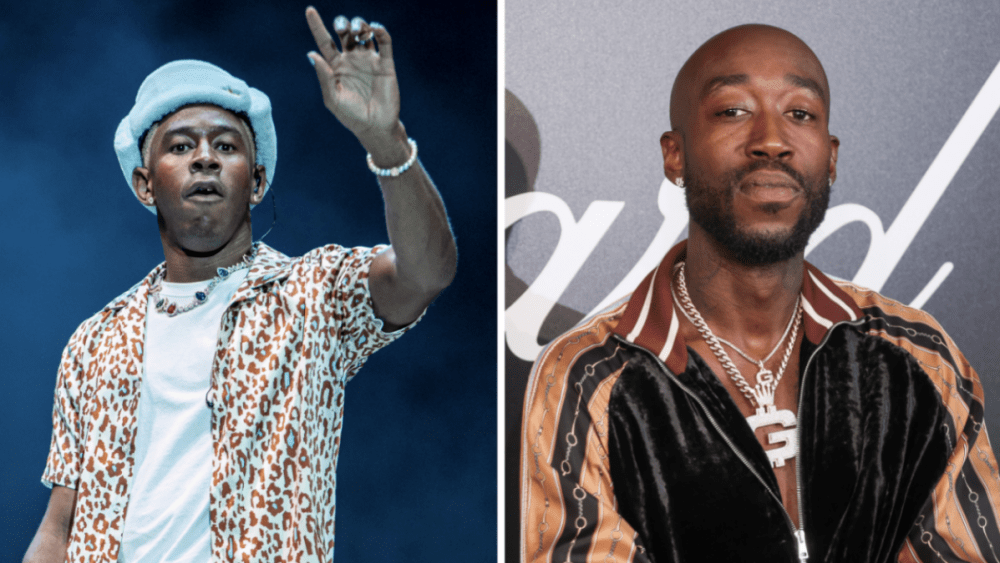 Tyler, The Creator reconnected with Freddie Gibbs on Monday night (August 23) for a studio session. During the cook-up, Gangsta Gibbs hopped on his Instagram Live and Tyler turned into a comedian joking with the Gary, Indiana, native.

Gibbs brought up how he felt Hip Hop supported Tyler, The Creator when he revealed he was gay, but the Grammy Award-winner quickly stopped Freddie G in his tracks and told him he never officially came out.

“Woah, I never came out,” Tyler replied to set the record straight. “I don’t know what anyone’s talking about. I don’t know why everyone thinks I’m [gay].”

Tyler, The Creator then flipped the conversation on a blunt-smoking Freddie Gibbs by putting the spotlight on him wondering if all this talk was going to be followed by him coming out.

“Is this what you’re saying, Freddie?” Tyler questioned. “Is Freddie coming out? Freddie’s coming out!”

This live was hilarious 😂 We need of Freddie Gibbs & Tyler The Creator @FreddieGibbs @tylerthecreator pic.twitter.com/nVDVXiPc3f

By this point, Freddie Gibbs had enough of Tyler’s shenanigans and asked him to get out of the way so he could shut down the Instagram Live session.

“N-gga, get the fuck off my Live,” Freddie proclaimed.

Fans got a kick out of the hilarious clip and are looking forward to whatever music comes out of the studio session. Freddie Gibbs is working toward the release of his Soul Sold Separately, which should be out by the end of 2021.

Tyler, The Creator and Gangsta Gibbs previously connected on the smooth “Something to Rap About” from Freddie and The Alchemist’s Grammy-nominated Alfredo 2020 project.