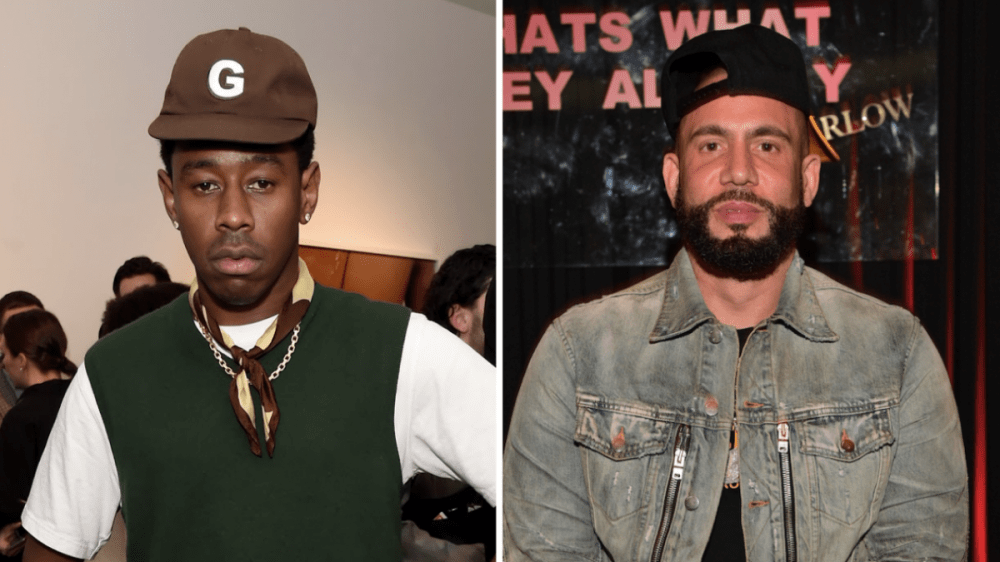 After a series of teasers and trailers, new Tyler, The Creator music is here. Tyler recruited DJ Drama, who took it back to his Gangsta Grillz era, to provide a series of ad-libs over his production and vocals. “LUMBERJACK” hit streaming services on Wednesday (June 16) to officially launch Tyler into his next musical rollout.

The fresh tune finds Tyler, The Creator tapping into his rapping bag, where he shouts out his parents and reminds the Hip Hop game about his 2019 IGOR Tour sell-out at the famed Madison Square Garden, which saw Funkmaster Flex open for him.

“Rolls-Royce pull up, black boy hop out/Shoutout to my mother and my father, didn’t pull out/MSG sell out, fuck these niggas yap ’bout/Whips on whips, my ancestors got they backs out,” he raps on the slick chorus.

“LUMBERJACK” even features a sample of ’90s rap group Gravediggaz’s menacing “2 Cups of Blood.” Based on the previous teasers, Tyler could possibly be naming his next album CALL ME IF YOU GET LOST since that message is popping up on billboards in Los Angeles.

The Odd Future frontman also dropped off a clip to accompany “LUMBERJACK,” which is shorter than the streaming services audio version and includes fewer ab-libs from the Generation NOW co-CEO. The video finds Tyler rapping atop giant suitcases, getting his nails painted and braving harsh snowstorm conditions with sunglasses on.