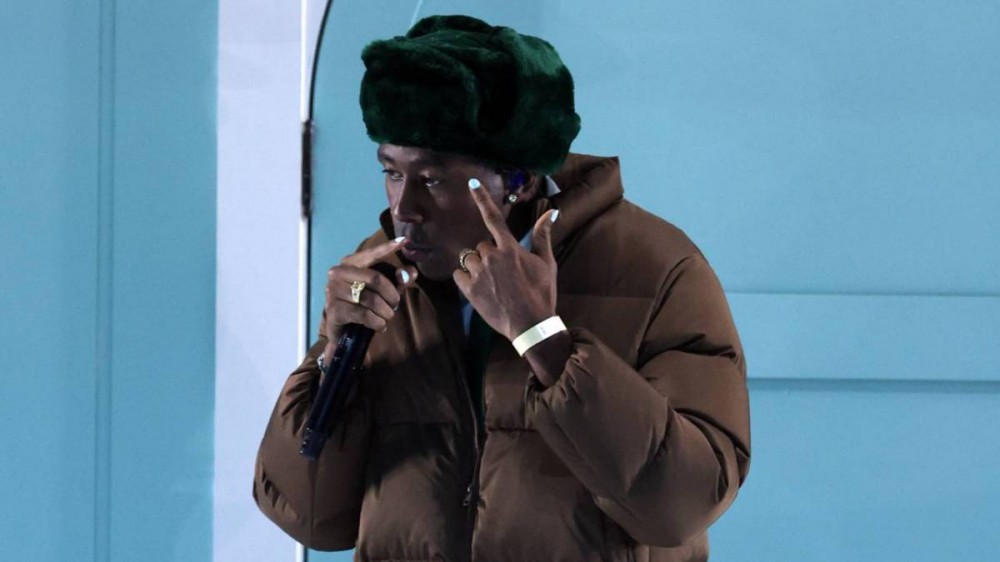 Tyler, The Creator has spent years exploring the depths of fashion with his Golf Le Fleur brand and he’ll be adding a fragrance line to his arsenal very soon.

The California native announced plans for the launch of his French Waltz fragrance on Wednesday (December 8), which will be available on the company’s website in two different sizes starting on December 13 at 11 a.m. ET.

A layered scent made up of an aroma cocktail containing musk and sandalwood for the base with elements of mandarin, nashi pear, lychee, magnolia, mimosa, jasmine, rose and muguet mixed in as well.

“Been working on le FLEUR* properly for so long now its what it spose to be,” he wrote. “Anything else before was figuring it out. And dis aint wang. my target isnt that demo or people who like my songs, this is its own thing and im treating it as that. took a while, alot of time was put into it all. if ur in, amazing! if not, amazing! thats on you. i know this aint for everyone, it is what it is love.”

On brand for Tyler, he introduced the French Waltz fragrance with a one-minute visual to promote the product in line with the short films he was crafting to accompany his Call Me If You Get Lost album earlier in 2021.

While Tyler, The Creator’s business acumen continues to blossom, he’s also receiving flowers for his music. His critically-acclaimed Call Me If You Get lost album is nominated for Best Rap Album at the Grammy Awards and he also was nominated alongside NBA YoungBoy and Ty Dolla $ign in the Best Melodic Rap Performance category for “WUSYANAME.”