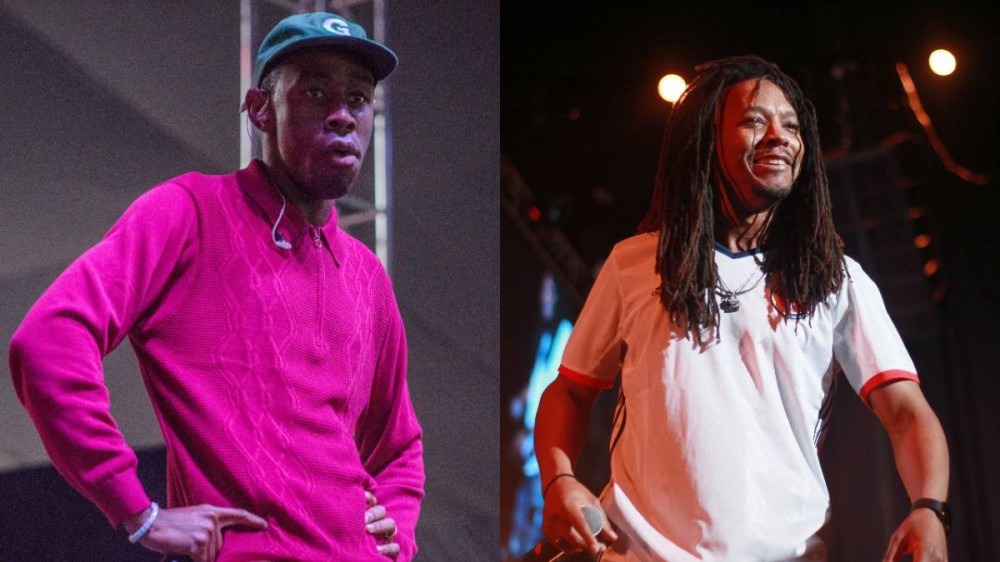 Tyler, The Creator has given Lupe Fiasco his flowers after watching the rapper perform his 2007 album The Cool in full this week.

Lupe’s sophomore effort The Cool officially turns 15 on December 18, and the Chicago rapper celebrated the occasion by announcing a short North American tour that kicked off in New York’s Central Park on Wednesday night (September 7).

Tyler was spotted in the audience, rapping along vigorously to every single word of Lupe’s “The Coolest,” but the Igor rapper later tweeted that his favorite moment came when the Chicago lyricist dedicated a song to him.

“Seen lupe do THE COOL in full last night,” Tyler tweeted out. “Amazing performer. gold watch  the coolest but paris tokyo with the shoutout to me was….mannnnnnnnnn my heart jetted outta my body. loved.”

The Cool debuted at No. 15 on the Billboard 200 chart, selling 143,407 copies in its first week. It was certified platinum by the Recording Industry Association of America (RIAA) last week. The 15th-anniversary tour will head through to Washington, D.C., Boston, and San Francisco before wrapping in Los Angeles.

Tyler, The Creator has long been an adamant fan and supporter of Lupe Fiasco’s work, and for years has been claiming the music industry didn’t treasure or respect the rapper’s work.

He most recently reaffirmed this thought in 2021, writing on Twitter: “we didn’t protect Lupe mannnn.” Lupe Fiasco decided to respond this time around and reassured his rap peer that he’s living the good life.

Lupe Fiasco’s most recent record was June’s DRILL MUSIC IN ZION, which is in the conversation for 2022 album of the year. In a 4.1 rated review, HipHopDX‘s Riley Wallace said of Lupe’s eighth studio LP: “With no filler or fluff, this album is bound to satisfy those who like their bars bountiful and Lupe Fiasco in peak form.”

The album is out now on streaming. It was also just released on vinyl — purchase it here.