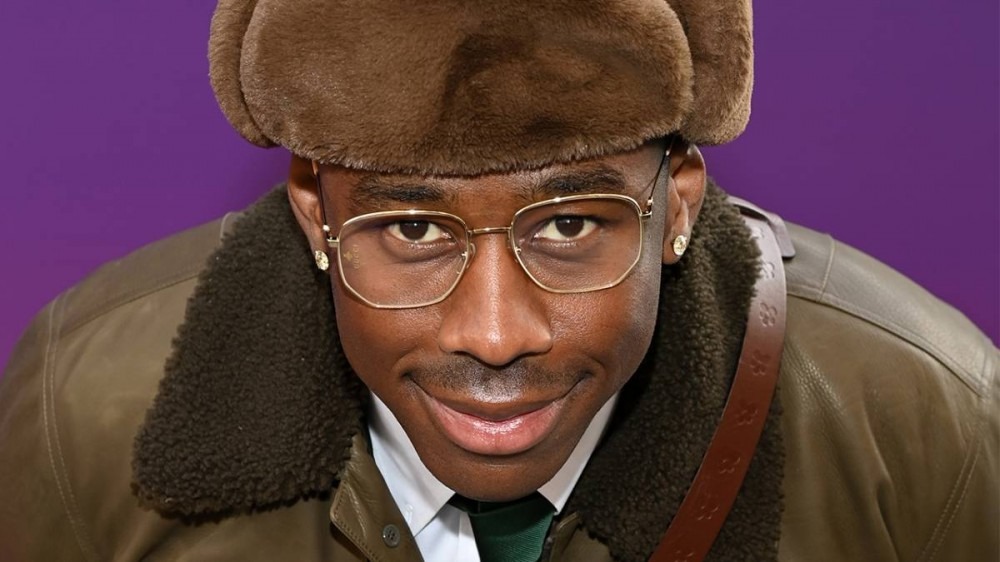 Orlando, FL – Tyler, The Creator is currently hitting up cities across North America as part of his Call Me If You Get Lost Tour. During his show in Orlando on Friday (March 18), the rapper explained how he forced a fan’s ex-boyfriend to send her a ticket for the concert during an encounter earlier that day.

“Me and Jasper [Dolphin], we went to Baskin-Robbins earlier,” he began. “I love Baskin, n-gga, that shit is delicious. So we walk in and the girl working there, she’s like, ‘Oh my god! Fuck! This is so crazy! I was supposed to see you tonight!’ And I’m like, ‘Well, why aren’t you coming?’ And she’s like, ‘Well, my bitch ass boyfriend broke up with me a week ago.’ And I’m like, ‘What the fuck that mean?’ He had bought the tickets and when she broke up, he said he’s gonna take his friend instead. So I’m like, ‘Oh, okay, I respect him. I feel it.’”

He continued, “So whatever, she’s freaking out. I guess she text him like, ‘You bitch ass n-gga, Tyler, The Creator here buying ice cream.’ So I’m like, ‘Fuck, okay, that’s sick.’ She’s giving me my shake, and this big doofy doop fuck just walks in and he’s looking at me. And she’s like, ‘That’s him, that’s the n-gga that dumped me.’ And I’m like, ‘Oh!’ His name’s Andrew – if you’re here Andrew, you a bitch. I don’t know where the fuck the n-gga at.”

This is when Tyler, The Creator decided to help the girl go to show with the help of Jasper and couple others.

“So I’m like, ‘You Andrew, n-gga?’” he said. “He’s like, ‘Oh yeah, I’m Andrew.’ And I’m looking at her and I could tell she really wanted to come, right? So I’m like, ‘So you gonna take her ticket away?’ He’s like, ‘I’m just a big fan.’ I’m like, ‘Send her the ticket right now.’ Me and Jasper were like surrounding him. And I got two big muthafuckas with me, they like eight feet. And we surrounding this n-gga, blood like 4’1.

“[I said], ‘N-gga, send her the ticket.’ He goes to his phone, he’s shaking. This n-gga goes to Ticketmaster.com, goes to the thing to try to close his phone. I’m like, ‘N-gga, send her the fucking ticket right now.’ We watched this man screenshot the ticket and text it to her. And I walk over there to make sure she got the text and she’s like, ‘Yes, I got it.’”

Tyler The Creator’s Call Me If You Get Lost Tour includes special guests Kali Uchis, Vince Staples and Teezo Touchdown. The 34-date run began on February 10 and comes to an end on April 8 in Seattle.