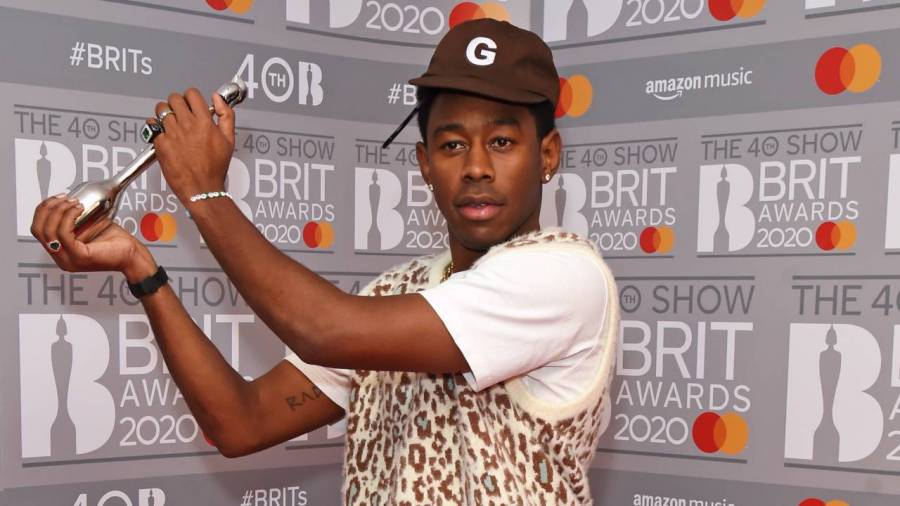 Tyler, The Creator looks to be in album mode again. More than two years after his Grammy-winning IGOR, the Odd Future frontman is now teasing another creative endeavor with “Side Street,” which was a video he uploaded to his YouTube page on Monday (June 14).

The 42-second clip finds Tyler, The Creator making out with a woman in front of his vintage pink Fiat and multi-tasking while holding his dog’s leash with his off-hand.

A calming flute-driven instrumental plays in the background while Tyler scurries off once DAVE star Taco shows up, who plays the cheating girl’s boyfriend in the storyline. Luckily for Tyler, he didn’t see any of the action. “Call Me If You Get Lost” runs across the screen at the close.

“Side Street” is currently the No. 9 trending video on YouTube. The clip arrives on the heels of last week’s video, which was promoted by a phone number on a billboard on Sunset Boulevard prompting fans to call in if they “got lost.” The number featured a recorded message of Tyler, The Creator and his mother going back-and-forth in conversation.

This appeared in Sunset Boulevard and if you call the number you can hear Tyler the Creator and his mom talking in the car, and this billboard has a Columbia Records tag, new album OTW??? #tylerthecreator pic.twitter.com/ivfDsytL4z

The 30-year-old took home Best Rap Album honors at the 2020 Grammy Awards for IGOR. While Tyler has laid low on the music front, he’s slated to make a pair of guest appearances on Snoh Aalegra’s Temporary Highs in the Violet Skies album which releases on July 9.

Watch “Side Street” below.