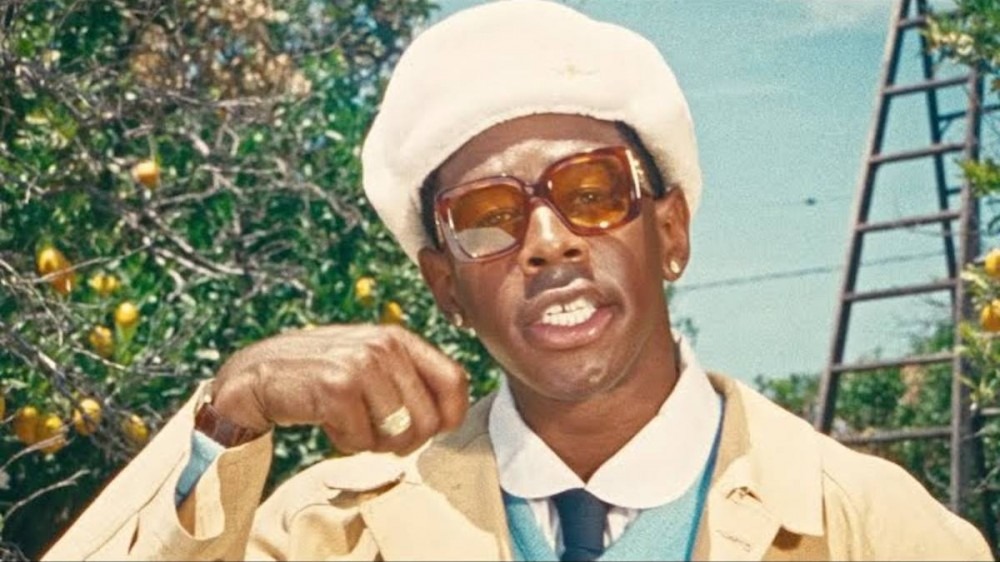 Tyler, the Creator and Converse have built a strong working relationship over the years. The shoe company dropped several sneakers through their collaboration with Tyler called GOLF le FLEUR, and now Tyler Baudelaire is taking on a new campaign with the brand.

On Thursday (July 21), Converse dropped a video created by Tyler, the Creator online. The visual focuses on a group called the “Really Cool Converse Club” having a membership meeting. One of the members, played by actor Tim Meadows, was caught wearing a denim hat, and now the club has to determine the status of his membership after the fashion faux-pas.

Vince Staples, former Odd Future member Davon “Jasper” Wilson, NBA Hall of Famer Bill Walton, and more star as club members alongside Meadows. Tyler posted an extended version of the video to his Instagram that features more dialogue and Meadows getting jumped by the club.

In a recent interview with Dazed, Tyler explained the inspiration behind the “Really Cool Converse Club” and details how it all came together.

“The name was not planned out,” Tyler told Dazed about the new campaign. “We couldn’t come up with a name, so we decided to come up with the cheapest name, and it was funny as hell, so it worked out.”

He added the short was inspired by all the different people that wore a pair of Converse Chuck Taylors such as skaters, soccer moms, kids and other people in the neighborhood he grew up in.

“There’s so many different types of people that wear this shoe and I just wanted to put them all in one place,” Tyler continued. “Regardless of whether it makes sense or not, just seeing them all under the one roof was important.”

Even though he’s busy taking on new campaigns, Tyler still finds time to hit up the studio. Kanye West’s longtime friend, Consequence, posted a muted video on Saturday (July 17) showing Yeezy and Tyler locked in listening to a beat off Ye’s computer.