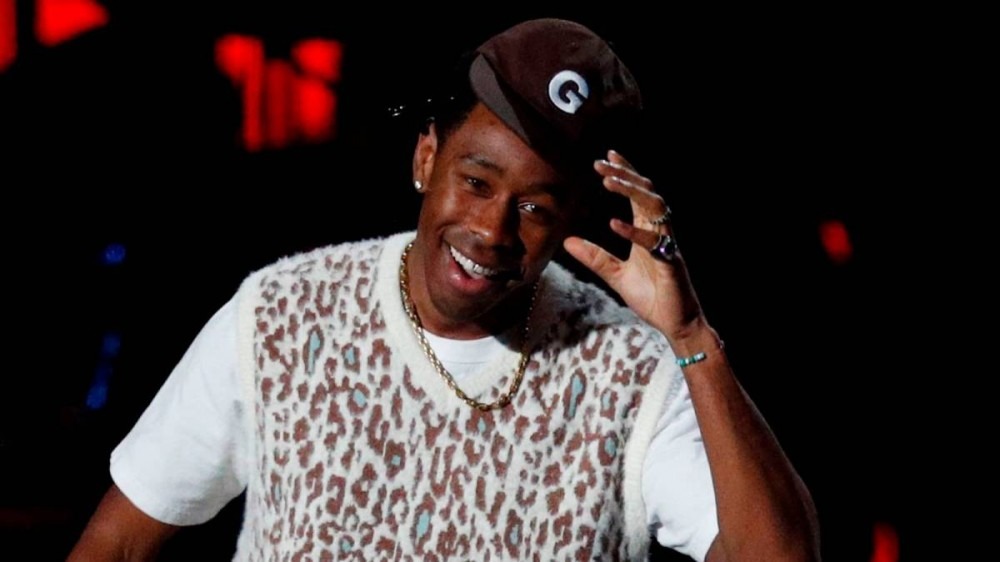 Tyler, The Creator nabbed his second No. 1 Billboard 200 album on Sunday (July 4) with CALL ME IF YOU GET LOST, his follow-up to the 2019 Grammy Award-winning IGOR.

Tyler had a little fun at DJ Khaled’s expense to celebrate the momentous occasion. Shortly after the numbers were published, Odd Future’s de facto leader reminded Khaled of the Instagram rant he went on when Father of Asahd failed to landed in Billboard‘s coveted spot — and went to IGOR instead.

At the time, DJ Khaled insisted he made “good music” not “mysterious shit,” referring to Tyler, The Creator’s genre-bending project.

While initial reports claimed he angrily stormed into Epic Records with an entourage to express his frustration over Father of Asahd‘s No. 2 ranking, Khaled was actually upset with Billboard for allegedly reneging on an agreement involving merch bundles.

Multiple sources close to Khaled said over 100,000 album downloads were “disqualified” due to a promotion Billboard said “was not approved.”

Prior to the album’s release, Khaled offered a bundle which included Father Of Asahd and nutritional supplements, something initially approved by Billboard. By purchasing the bundle, customers received a digital download, which was supposed to count towards album number.

But that turned out not to be the case. Instead, Father of Asahd wound up selling over 136,000 total album-equivalent units.

I thought they were cappin bout DJ Khaled being salty his album not being #1 … but the sodium level in this video is wild obvious pic.twitter.com/ECoo5dsD8d

Tyler, The Creator addressed the controversy in July 2019 during an interview with Apple Music and explained the No. 1 was particularly important because people “fucking hated” 2015’s Cherry Bomb.

“When I put [IGOR] out and it [land at No. 1 on the Billboard 200 albums chart], and again, I don’t make shit to be first week or be radio or whatever, but for this work of art and that album cover and these videos and me doing this suit wig thing and having these progressions and this distorted this and that, and these melodies and this stuff like that, beat …

“…  and this is no disrespect to Khaled or anyone, but this n-gga had every person in the industry, everyone on that fucking album. Everyone. Everyone. Cardi B. 21 Savage. Travis Scott. Post Malone. Beyoncé. Jay. Everyone who sells billions of records and the fact that I beat him with this that isn’t parallel to all the popping music right now was fucking crazy, bro.”