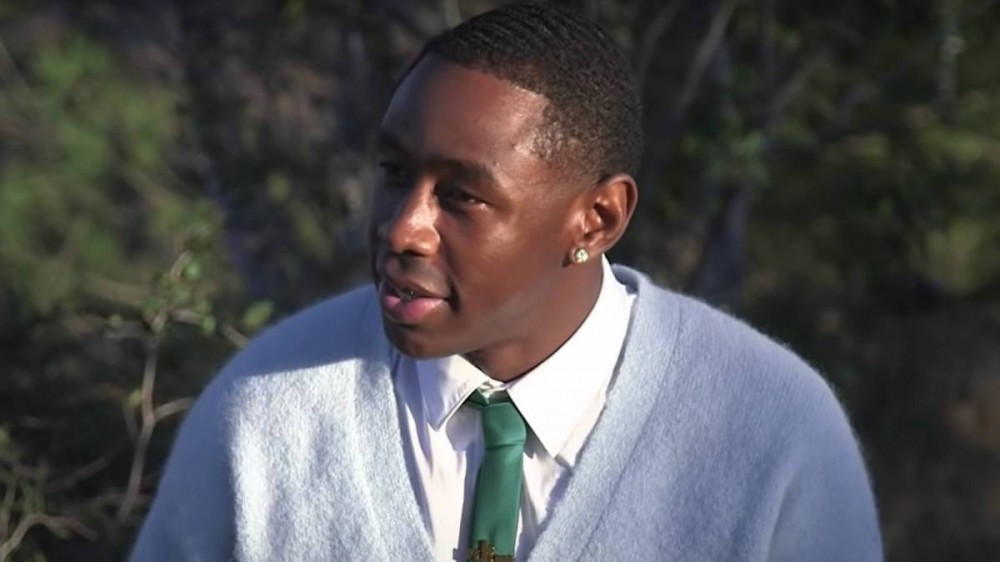 Tyler, The Creator did an interview with Fast Company as he was promoting his new GOLF le FLEUR line at a Malibu pop-up shop earlier this month. During the conversation, he mentioned he had contemplated switching up his stage name, admitting he thought the moniker Tyler, The Creator was “really dumb.”

But in a series of since-deleted tweets, the Odd Future mastermind has pushed back on the idea and suggested his words were taken out of context.

“I NEVER SAID I WAS CHANGING MY NAME, ARE YOU STUPID? YES,” he wrote on Twitter. “WILL EMBRACE MY LAST NAME MORE, LESS WOLF HALEY, NEVER SAID I WAS GONNA CHANGE MY STAGE NAME, WHAT YO EARS ON BRO?”

He then explained why he was using all caps with another tweet: “ALL CAPS MAKES YOU THINK THE PERSON IS MAD OR SOMETHING HA, WILD IT GIVES OFF THAT EMOTION JUST BEING UPPERCASE.”

When initially asked where Tyler, The Creator originated, he explained, “My stage name was from, I made a MySpace page when I was 13– I had 3 of them, one was regular for friends, another one was for something else, and then the third one was just ideas, I would put drawings and photos I would take and I would upload beats on there.

“I started using that one more and random people from Kentucky would be, like, ‘Cool beats, bro!’ And so I just kept the Tyler, The Creator thing going and, you know, I’m 17 in high school, around LA, the name’s getting around, and I kind of just kept it as my stage name.”

Tyler added, “It’s really dumb but it stuck with me so it just works. But my full name, Tyler Okonma, in all caps just looks really cool. So you might see more of that, I don’t know, I’m getting older and I think when people get older they start to realize shit, you just start changing.”