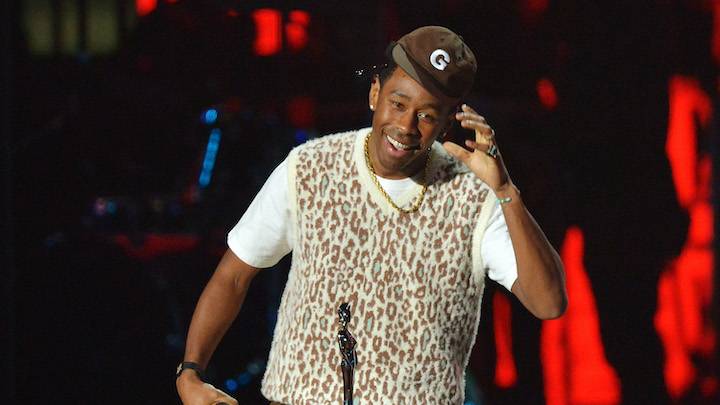 Tyler, The Creator is doing exactly what his moniker says he’s doing — creating. On Saturday (February 21), the Odd Future mastermind tweeted out a new commercial from Coca-Cola that features his own original music.

Titled “Open That Coca-Cola,” the ad begins outside of a convenience store on a hot, blistering day. One of the store’s patrons pulls a Coca-Cola bottle out of the refrigerator and takes a huge swig before letting out an audible “Ahhhhh” and breaking into a dance. Meanwhile, Tyler’s music serves as the uptempo soundtrack propelling people to their feet. The second they take a sip of that old fashioned cola, it’s over.

“I PROVIDED COCA-COLA WITH ALL THE SOUNDS FOR THIS,” Tyler wrote in the caption. He later added, “mannnn thanks coca cola for reallll big love for the opportunity. I was like ehh idk but then i fucking ran with it. commercials need sounds like this, thanksssss.”

In subsequent tweets, Tyler confirmed he was playing the flute at the beginning and talked about how “fucking hard” the drums are.

I PROVIDED COCA-COLA WITH ALL THE SOUNDS FOR THIS =) : https://t.co/0AWijLVsay

mannnn thanks coca cola for reallll big love for the opportunity i was like ehh idk but then i fucking ran with it. commercials need sounds like this, thanksssss

Of course, this isn’t the first time the Grammy Award-winning artist/producer has gotten his hands on corporate money. In December 2018, he teamed up with renowned composer Danny Elfman to provide the theme song for the Universal Pictures film The Grinch starring the voices of Benedict Cumberbatch, Rashida Jones and Kenan Thompson.

In 2013, a commercial he produced for Mountain Dew was the center of controversy when it was accused of propelling racist stereotypes and making light of violence toward women. The criticism was partly fueled by a blog post written by Syracuse University professor and social analyst Dr. Boyce Watkins, who called the spot “arguably the most racist commercial in history.” Consequently, PepsiCo removed the online ad as Tyler tried to do damage control.

During an interview with Billboard at the time, Tyler explained his initial intent.

“It was just a goat who liked Mountain Dew,” said. “He wanted more. The waitress lady got hurt. He got pulled over by the cops, and the lady points out the goat [in the line-up], who obviously attacked her because of the Mountain Dew. And that’s it. I guess people are claiming that it’s racist, which… you know, that wasn’t even portrayed in that commercial, there’s no type of hate being portrayed in that work of art at all — which I’m confused by. But this older black dude, Dr. Boyce Watkins, I guess he found it racist because I was portraying stereotypes, which is ridiculous because, one, all of those dudes [in the line-up] are my friends. Two, they’re all basically in their own clothes.

“It was originally supposed to be just two dudes, but Garrett from Trash Talk came with his friend and other people had showed up, so I just put all of them in that line-up, if you really wanna know the truth. Three, no [commenters] saw that commercial and said, this is racist. Everyone either said, ‘Wow, this is ridiculous, it’s a goat talking’ or they said, ‘Wow, this is the dumbest, why would they even make this?’ So for [Watkins] to nitpick and notice that, clearly shows his state of mind is on some other shit that I can’t comprehend, for him to actually sit there and for him to notice that it’s all blacks [in the lineup]. That wasn’t my intention.”