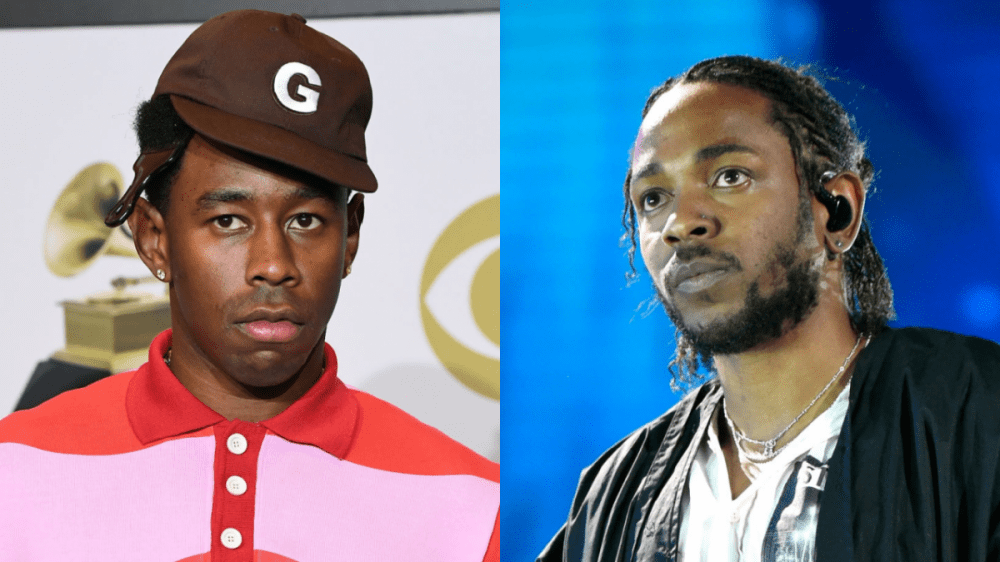 Tyler, The Creator has made no secret of his admiration for Pharrell, Eminem and the late MF DOOM growing up, but one rapper who’s currently spurring him on from afar is Kendrick Lamar.

In a new interview with XXL, whose Fall 2021 issue he graces the cover of, the former Odd Future frontman talks about his love for K. Dot’s recent verse on Baby Keem’s “Family Ties,” which he admits has “ruined” him (in a good way).

In fact, he loves the vocal-shifting verse so much he has apparently been hitting Kendrick’s line every other day trying to discuss it with him.

“You know why it ruined me? Because it’s someone at that level still gunning,” Tyler, The Creator said. “He’s trying new voices. He’s trying new shit. He’s still learning. You can tell he was off his phone for a few months.” He added the verse has encouraged him to “just stay weird and stay tryin.’”

Taken from Baby Keem’s recently-released debut album The Melodic Blue, “Family Ties” finds Kendrick Lamar toying with new cadences while putting the entire rap game on notice. “Smokin’ on top fives/Motherfuck that album, fuck that single/Burn that hard drive/Ain’t nobody safe/When I come up killin’ everybody that’s outside,” he raps.

Earlier this month, the song peaked at No. 18 on the Billboard Hot 100, giving Kendrick his highest-charting hit since 2018. It also marked a career high for his cousin and pgLang signee Baby Keem.

This isn’t the first time Tyler, The Creator has spoken about Kendrick Lamar’s influence on him. During a concert in 2019, Tyler revealed a conversation with Kendrick gave him the confidence to sing on his Grammy-winning album IGOR.

“I know I’m not the best singer, but a friend of mine named Kendrick, I played him some stuff and he said, ‘Oh, this shit is just feeling. You weren’t worried about the technical — being perfect with your vocal. It was actual emotion,’” he told the crowd. “When he said that, it was like, ‘Oh shit! You’re right!’

“That’s why I don’t try to always get people to sing my [parts] — sometimes I’m like, ‘Fuck it, I’ll sing it.’ Because someone else can’t really sing my truth and what I’m trying to say.”

Elsewhere in his XXL interview, Tyler, The Creator spoke about linking up with DJ Drama on his latest album CALL ME IF YOU GET LOST, his sexuality (“I’m just living life, brother”) and soaking up game from JAY-Z’s lyrics (“I’m one of the few who’s really listening and learned how to kind of run businesses since I was 17, because of [JAY-Z]”).