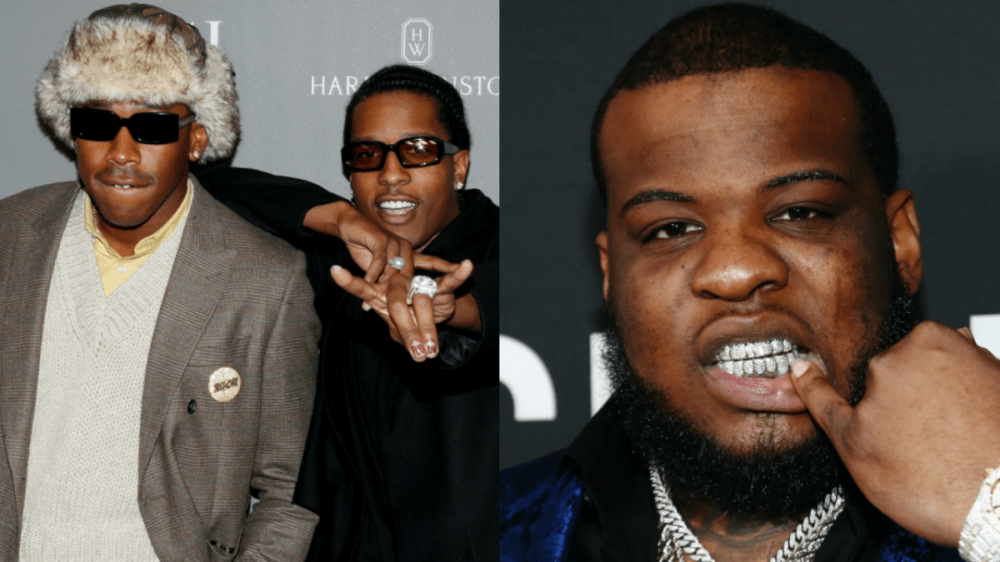 Skipping the typical Friday rush, the new 16-track project boasts appearances from the likes of Tyler, The Creator, A$AP Rocky, Freddie Gibbs, Don Toliver and Monaleo. Behind the scenes, production is handled by Hit-Boy, Cardo, DJ Dahi and others. TDE’s Mixed By Ali was in charge of mixing the album, with Mike Dean on mastering duties.

Rapper/producer friends such as ScHoolboy Q, Hit-Boy, J.I.D and Smino took to the comments section to show their excitement for Maxo Kream’s latest project, which he describes as, “My best album my best work.” He added, “I put my all into this shit blood sweat and tears.”

In August, Maxo Kream spoke to Complex about his recording process and what to expect from Weight of the World.

“It’s about the mood and the vibe,” he said. “If the right beat comes on at the right time and I’m in the right feelings, we’re going to get the right song. I don’t really be premeditating none of that shit. It just comes out, but me being such a deep person, I feel like I always pick up where I left off. And not where I left off—it’s like the next chapter in the Maxo saga. It don’t be premeditated, but for some reason when I go into the studio, it happens.”

He added, “I feel like Brandon Banks coming after Punken allowed my fans to understand Punken more. So now, with this one, you’ll understand what’s going on from Brandon Banks, like where I left off. It’s kinda like Power [Starz series].”

Stream Weight of the World below.