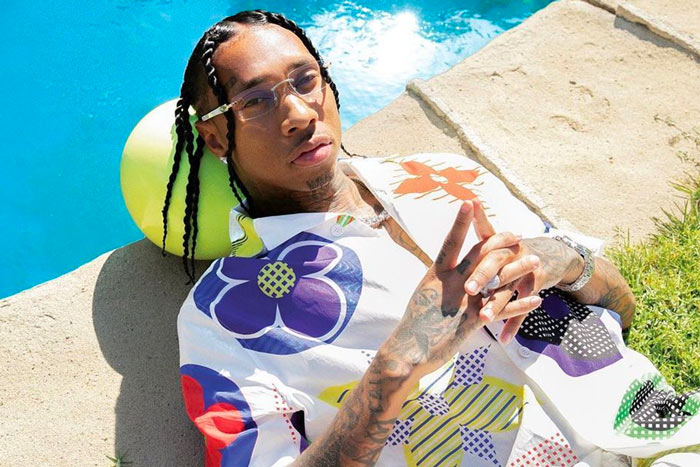 Tyga’s landlord wants him to pay up.

The “Money Mouf” rapper is being sued over $32,000 in unpaid rent on his Bel-Air mansion. Tyga vacated the $13 million house back in April, after renting it for about a year for $58,000/month.

When he left, he reportedly left the place in shambles. In documents, obtained by TMZ, the landlord claims Tyga left gouges in the kitchen’s white oak floors ($27,650), damaged marble flooring and counters ($15,575), and destroyed walls with murals and wallpaper ($103,160.25).

The landlord also claims Tyga installed a basketball hoop that damaged the driveway and added new locks that destroyed the entry door, all without permission.

After the landlord’s attempts to settle with Tyga through mediation failed, he’s suing for breach of contract and is seeking over $200,000 in damages.

This is not the first time Tyga has faced legal action over unpaid rent. He was also sued in 2018 for failure to pay rent on a $40,000/month Beverly Hills mansion.

After the story surfaced, Tyga seemingly denied the reports. “More [cap],” he tweeted. “They said I can’t pay my rent…Guess I’ll just sleep outside.”

They said I can’t pay my rent…Guess I’ll just sleep outside 🚶🏾‍♂️…🏡 pic.twitter.com/qd4VRRK9Um