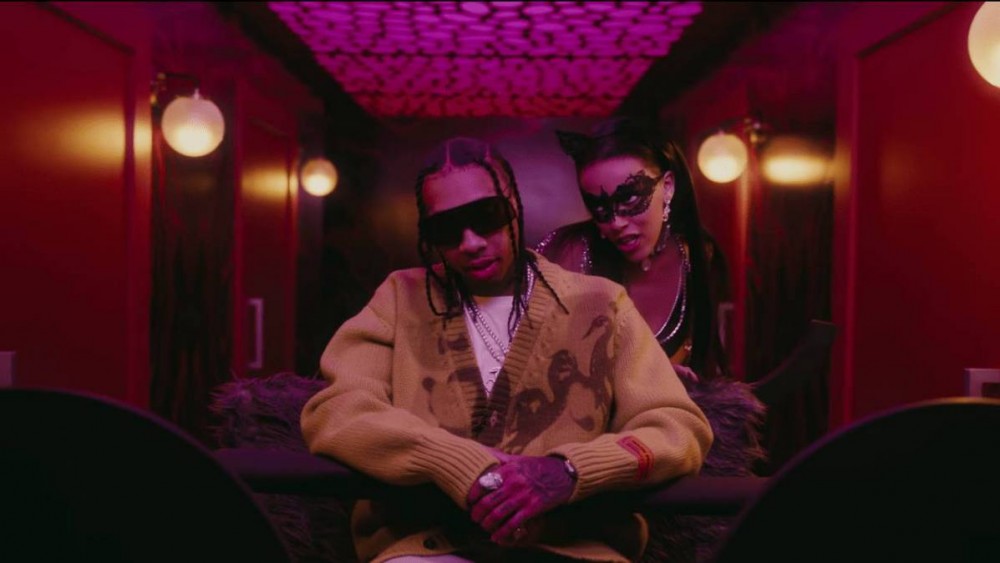 It’s been three years since Tyga and Doja Cat linked up for the latter’s blockbuster hit “Juicy,” and now the pair have returned with a new pop-driven collab titled “Freaky Deaky,” with a colorful new music video to match.

In the track’s Christian Breslauer-directed music video, which dropped on Friday (February 25), the duo star as casual lovers, with Tyga heading out to Doja’s apartment for a late-night hang while rapping about his sexual preference.

The track is the first single to emerge off Tyga’s forthcoming untitled record, which he briefly spoke more on during a sitdown with Zane Lowe on Apple Music 1 on Friday (February 25).

“So this is the first single from my album that I’m working on, and sometimes I look up and I’m like, ‘Damn, I got like eight singles,’” Tyga said of “Freaky Deaky” to Zane Lowe. “I think from where I’m trying to take it, what the new album sounds like sonically, I feel like this was the right lead single. And with her, she’s killing it right now. I’m about 80% done with the album.”

He also spoke about Doja Cat’s power as an artist, and how the pair have natural chemistry.

“She’s a true artist,” he said. “And I think we see that from her outfits, her lives, her TikToks, but that’s what makes her her and she’s a real true artist and that’s what I appreciate about her. I felt like the chemistry was so good [on “Juicy”]. Working with her is real easy.”

Check out the video for “Freaky Deaky” below.