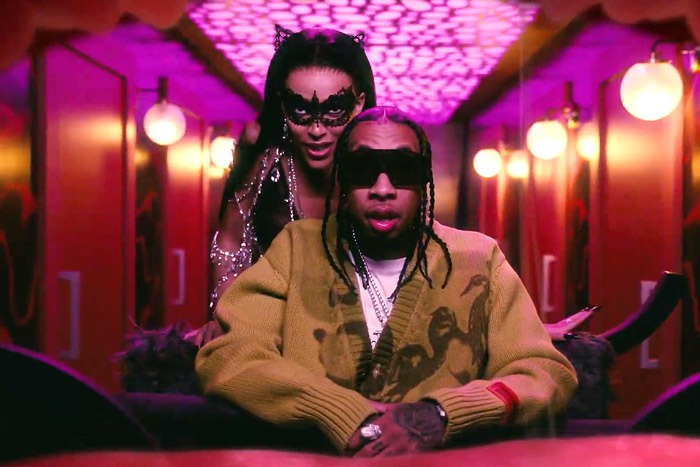 Tyga and Doja Cat are back with a bop.

Over two years since they last collaborated on “Juicy,” the two get “Freaky Deaky” on their latest hit. Over the Mike Crook production (Doja’s “Like That”), Tyga and Doja show off their undeniable chemistry.

“She’s a true artist,” Tyga told Apple Music of his collaborator. “And I think we see that from her outfits, her lives, her TikToks, but that’s what makes her her and she’s a real true artist and that’s what I appreciate about her.”

They bring the song to life in the flirtatious video. Tyga falls through a trap floor and ends up in Doja’s cat-filled lair before she ties him up to a bed and seduces him. In another scene, Tyga busts out of his plastic packaging before greeting his “Black Barbie.”

“Freaky Deaky” is the first single from Tyga’s upcoming album, which is 80 percent done and expected to arrive in early summer. The project will include a collaboration with Chris Brown and other surprise guests. “I’m waiting on two features that I really, really want,” said Tyga.

He recently joined Ghanaian superstar KiDi on the remix to “Touch It,” while Doja released her cover of Hole’s “Celebrity Skin.”