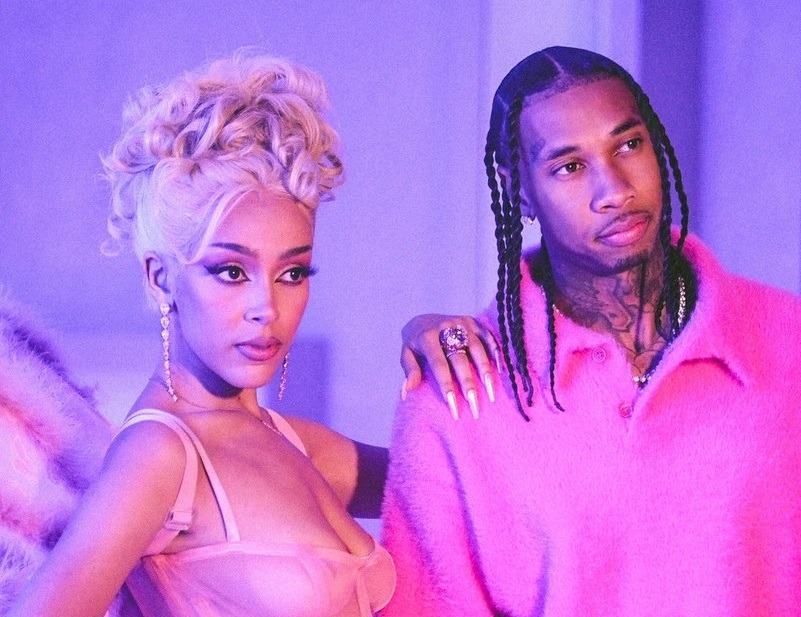 Tyga epitomizes quality over quantity when it comes to music. More times than not, every time the California rapper drops, it’s a certified hit. Well, music fans can expect another hit this Friday. This time he’s including Doja Cat.

He took it to social media, where he shared still shots of the video starring him a Doja. Yesterday on Twitter, he posted a picture with the caption “FRIDAY 👀👀.”

Today he confirmed the future collaboration by posting another picture of them. This time, he used a tiger emoji and a cat emoji for the caption.

This isn’t the first time these two came together. Previously in 2019, T Raww and Doja dropped “Juicy.” Doja also featured “Juicy” on her album The Amala.

Tyga has always been consistent with the hits, and Doja has been on a tear lately. She recently released her new single “Celebrity Skin” earlier this month. This is her first single since she dropped her album Planet Her.