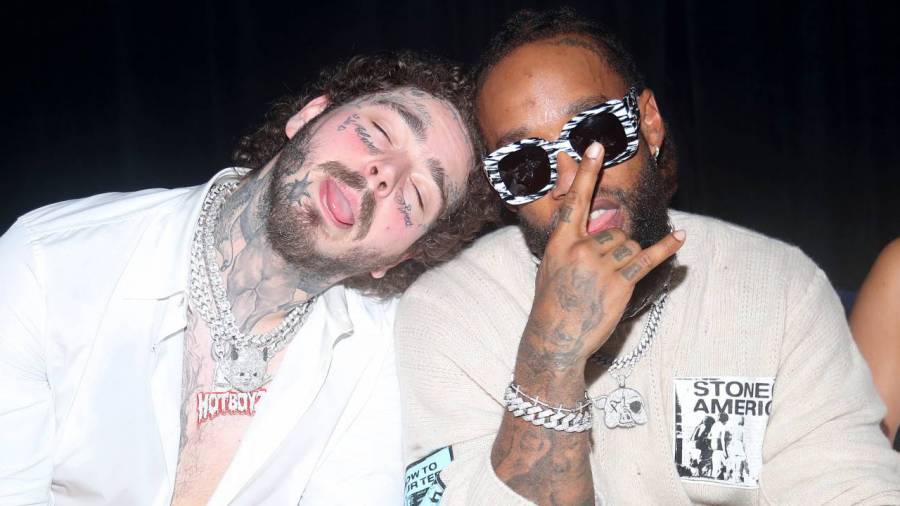 Ty Dolla $ign is taking his “Spicy” collaboration with Post Malone to the next level. The souped-up remix added Tyga, YG and J Balvin to the fiery tune on Friday (January 29), which originally landed on Ty’s aptly-titled Featuring Ty Dolla $ign album in October 2020.

Posty’s smooth verse remains the same while Ty opts to go bi-lingual to kick off the remix. J Balvin is the first guest to take the baton before passing it along to the West Coast for YG and Tyga to sprinkle in a pair of raunchy assists.

“Two sisters kissin’ on me, that’s the same thing/If a n-gga get to trippin’, get the bang-bang/Believe with this bitch, man, I put that shit on everything,” T-Raww raps.

Dolla $ign earned his first No. 1 on the Billboard Top R&B Albums chart with Featuring Ty Dolla $ign. The LP, which finds Ty as the ultimate collaborator, banked the California native’s best debut to date with 44,000 album-equivalent units earned opening week and a landing spot of No. 4 on the Billboard 200.

Listen to the “Spicy” remix below.