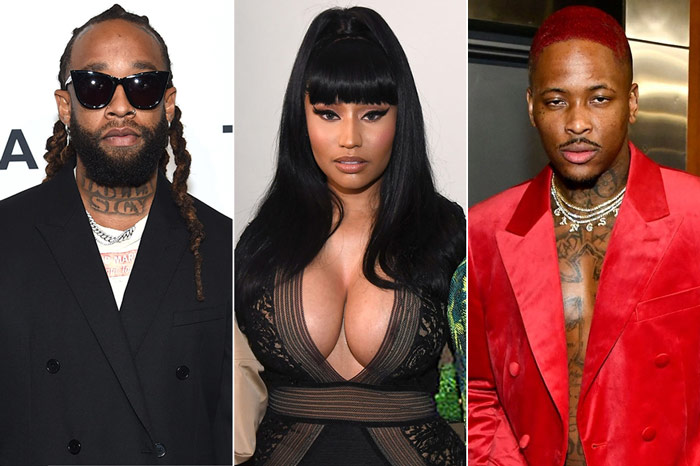 Ty Dolla $ign brought the club to his living room.

On Sunday night, the L.A. hitmaker turned his house into 1OAK while spinning his hits and debuting new music for fans on Instagram Live. During the quarantine turn-up, Ty previewed a brand new collaboration with Nicki Minaj, which is rumored to be titled “Expen$ive.”

“Gotta keep me iced if he tryna skate,” the Queen can be heard rapping on the club-ready bop. The two previously worked together on Megan Thee Stallion’s smash “Hot Girl Summer.”

Dolla $ign, who practiced safety measures while wearing a mask over his face, kept the party going with a teaser of a West Coast banger featuring his “Ex” collaborator YG.

Ty has been working on his new album Tyrone, the follow-up to 2017’s Beach House 3. Last year, he dropped a couple of tracks off the project including the J. Cole-assisted “Purple Emoji” and “Hottest in the City” with Juicy J.

“I just wanted to give people some good music to listen to—something that sounds different from everybody else’s shit,” he told SPIN.

In the meantime, Ty can be heard on 24hrs’ “Superstar” as well as dvsn’s “Dangerous City” off the OVO Sound duo’s upcoming album A Muse In Her Feelings.

#PressPlay: #TSRTunez — #TyDollaSign was on live previewing some new hits last night, #Roomies! Which are y’all feeling most? The first one featuring #NickiMinaj, or the second one featuring #YG? 👀🔥 (SWIPE)