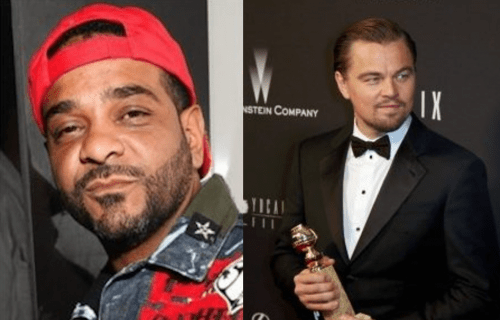 It was announced on Tuesday that actor Leonardo DiCaprio was in final talks to star as Jim Jones in an upcoming biopic. However, it’s not the Jim Jones that many people on the internet instantly thought of.

Instead, DiCaprio is set to play Jim Jones, the former cult leader of the Peoples Temple who was responsible for nearly a thousand murder-suicides of his followers in Guyana between 1955 and 1978. Not the original member of Dipset.

Like always, the internet is going tointernet, and memes started to quickly circulate with DiCaprio’s face replacing Jim Jones in pictures with the other members of Dipset. Despite the mix-up, the memes were hilarious.

Jim Jones, whose name is actually Joseph Guillermo Jones II, responded to the memes on Instagram with a picture of DiCaprio replacing his face.

“I’m a have to show him how to throw up then gang Signs. He gone need some gang tutoring lol 😂. They said it would b Leo or Denzel I said Leo n me could pass for brothers. Don’t u see the[e] resemblance. Box office Shit lol
Leo plays me in the[e] new Jim Jones movie harlem we up,” Jones said.