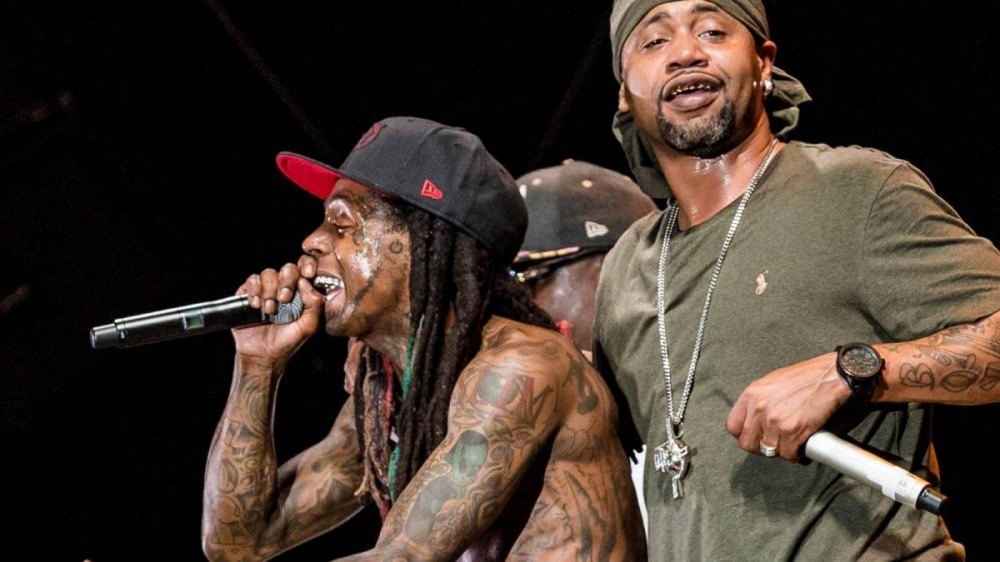 Miami, FL – Both N.O.R.E. and DJ EFN were visibly shocked when Turk confessed he caught an STD with Lil Wayne on a recent episode of Drink Champs.

As the drinks flowed, the former Hot Boy got more comfortable sharing his experiences. As he explained, “Me and Wayne caught crabs together. But listen […] A lot of people try to turn people’s testimony into a mess-imony. That’s what they try to do. But my thing is … I’m just sayin’. Y’all gotta hear me out.

“They be like, ‘Bro, why you bringing that shit up?’ Because bro, it’s a lot of youth out there doing the shit that we was doing, so I gotta tell them, ‘Bro, I understand what y’all doing through, but check this out. It just ain’t the AIDS out there, you could catch this.

He continued, “Now they got the Monkey Pox and all this shit. They got all kinds of shit out there. So, I was doing an interview and I say something up it, and they like, ’Man, you bringing that old shit up?’ N-gga, this my story! The fuck? […] If they can tell they story, I can tell mine.”

The clip didn’t contain any more details on how or when Turk and Lil Wayne caught the STD, but Turk has told the story numerous times. In a 2020 interview with Off The Porch, he confessed they both caught crabs after sleeping with two women from Houston.

“That’s like my lil’ bro, you feel me?” he said. “We caught crabs from these two sisters from Houston. We was fucking these two sisters, and we got on the tour bus, and n-ggas was itching. We had to cut the lil’ pubic parts, bam, bam, bam, and we fucked around and gave that shit to our baby mama[s] at the time. Wayne gave that shit to Toya and I gave it to my baby mama.”

Turk and Lil Wayne were the two youngest members of the Hot Boys. In February 2015, Turk filed lawsuit against Cash Money Records for $1.3 million, over unpaid royalties for recordings dating back to 1999, including solo work from his debut Young & Thuggin‘ and Hot Boys.

He eventually won the suit by default, when Cash Money failed to respond. Months later, Turk requested the lawsuit be dismissed after both parties reached an amicable settlement.