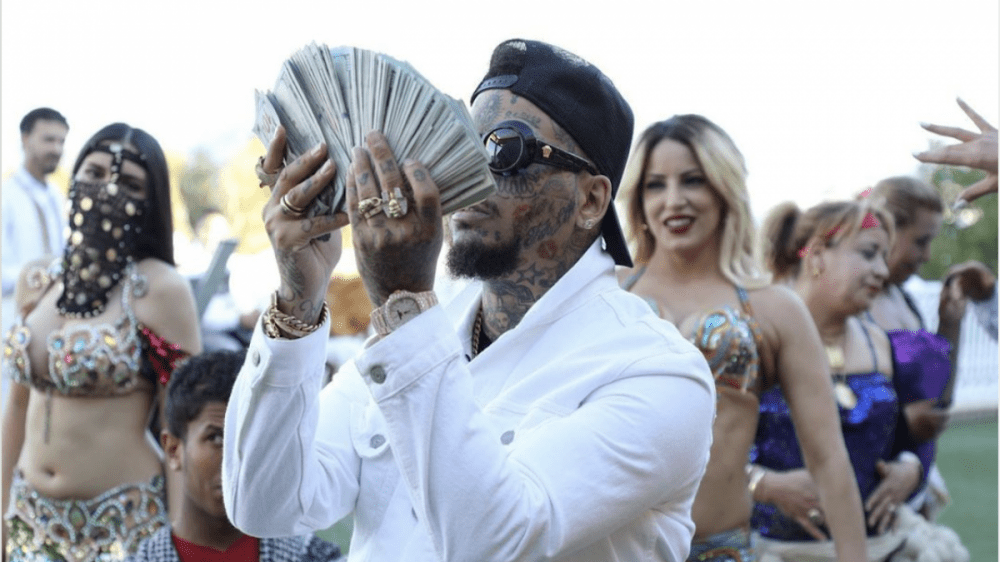 Swagg Man, a Tunisian rapper known for flaunting insane wealth with social media antics such as burning Euros and flaunting Bentleys, was sentenced to five years in prison for fraud and money laundering, to the tune of $6 million — and he faces even more charges in France as well as accusations he ripped off fans for nearly $1.8 million.

The rapper, born Iteb Zaibet, was arrested originally in July 2019 on various charges, most of which revolved around defrauding fans. He promoted a persona of luxury, from lavish purchases, luxury cars, jewelry and more. The majority of the fans ripped off in the scheme ranged from age 13 to 35. Swagg Man allegedly offered “lucrative investment opportunities,” not to mention asking for funds to support various humanitarian causes or pay for bail if he was locked behind bars.

Many of them looked to the rapper for advice on getting rich and making it from humble beginnings. In reality, he was born to a Franco-Tunisian family after presenting himself online as a young man who was once abandoned by his parents and forced to live on the street before emerging as a superstar DJ and artist.

21 of Swagg Man’s alleged victims, composed of French, Tunisian, Algerian and Canadian nationals, claimed between 2019 and 2020, they lost more than $1.7 million to schemes arranged by the rapper.

Although he was sentenced in Tunisa for scams, he’s still facing a warrant for his arrest in France on charges of fraud, breach of trust, counterfeiting, forgery and falsification of records, according to the prosecutor’s office in the French city of Nanterre.