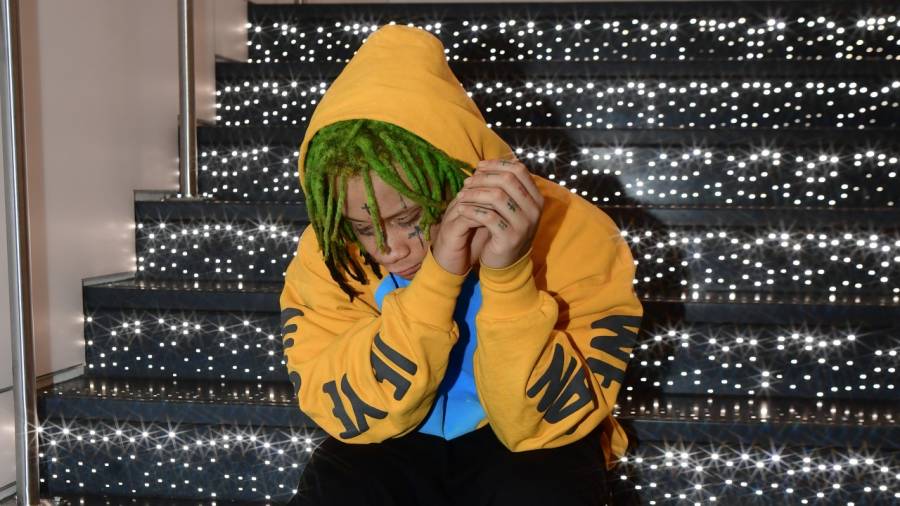 Baltimore, MD – Trippie Redd performed at the MECU Pavilion in Baltimore, Maryland on Monday night (September 6), but all did not go as planned. According to a post from Akademiks, the rapper’s tour bus was shot up in the wee hours of Tuesday morning (September 7).

The media personality shared the post on Wednesday night (September 8) and included a video clip of a WBAL-TV report.

“Hip Hop artist Trippie Redd had just wrapped up a performance at the MECU Pavilion on Inner Harbor,” the reporter explains in the video. “After the show, 10 members of a concert crew boarded a bus headed for the airport. According to police, just before 3 a.m. Tuesday morning, a driver pulled alongside a passenger side of the bus and fired a gun multiple times.”

Akademiks added in the caption, “Allegedly someone shot at #trippieredd tour bus after his show in Baltimore. No injuries were reported .. thankfully.”

But there was one injury. The Baltimore Sun reports after the shooting, the driver — who’d been struck by at least one bullet — pulled the bus off the road and into the departure lanes at Baltimore/Washington International Thurgood Marshall Airport. He was taken to a hospital for treatment, while none of the other passengers on the bus were injured.

Police haven’t charged or arrested anyone in connection to the shooting, They are asking anyone with information to call 410-761-5130.

Trippie Redd is currently on the Tripp At Knight Tour, which kicked off in Minneapolis on August 25 with “Mood” singer Iann Dior and emerging rapper SoFaygo. The 25-date run wraps up on October 6 in Los Angeles.