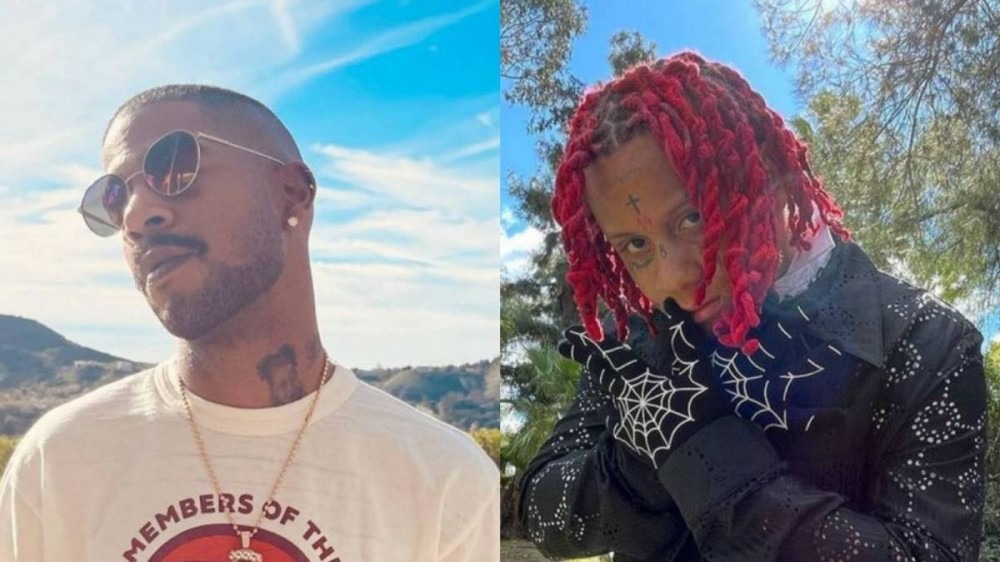 Kid Cudi is inviting his fellow Ohio rap counterpart Trippie Redd to bless the virtual stage with an exclusive performance on the augmented reality live music streaming app he co-founded.

On Tuesday (March 8), following his inaugural performance on Encore, during which he performed an array of his beloved classics such as his 2008 “Down & Out” cut and more, Kid Cudi announced Trippie Redd’s performance for the app he co-founded with How To Make It In America creator Ian Edelman and former Facebook software engineer Jonathan Gray.

“Last night?” he began. “EPIC. Love to those who tuned in!! We’re just getting started, Trippie Redd will be performing on Encore Thursday at 8pm PST. Go show him some love by clapping into the show. I’ll see you there. #trippieencore”

Last night? EPIC. Love to those who tuned in!! We’re just getting started, Trippie Redd will be performing on Encore Thursday at 8pm PST. Go show him some love by clapping into the show.  I’ll see you there. #trippieencore

The Pegasus rapper is poised to potentially rake in a hefty payday following Kid Cudi’s performance on March 7 which allowed the Cleveland MC to earn a staggering 14 million monetized interactions amounting to $140,000 during his 30-minute performance.

The virtual event was highlighted by Cudi’s announcement of the arrival of his debut A Kid Named Cudi mixtape on streaming services soon.

Kid Cudi also treated fans, who pay the performing artist with clapping interactions worth 10 cents, to a myriad of surprises during his mini virtual concert including a guest appearance from his longtime collaborator King Chip to perform their 2013 Indicud collaboration “Brothers” in addition to the heartfelt performance of his Plain Pat-produced record “The Prayer” — which he revealed he had not performed in over 10-years.

The top clappers from Kid Cudi’s performance, who are to receive the first official Members of the Rage t-shirts and an all-expenses-paid trip, including an exclusive meet and greet, for themselves and a friend to attend a date on his upcoming tour, have yet to be announced.

Several major artists have already hit the virtual stage on the Encore app including West Coast rap veteran Too $hort, Sony Music signee SSGKobe and South Florida rapper Robb Bank$, who revealed he has new music with deceased ? lyricist XXXTENTACION on the way during his performance last month.

Check out details for Trippie Redd’s March 10 performance on Encore below.