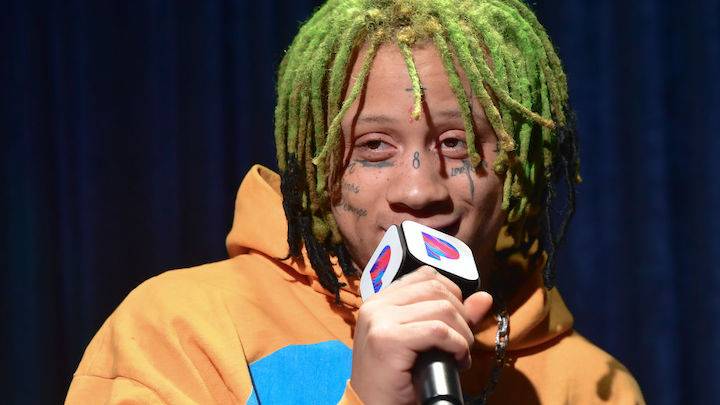 Trippie Redd seems to have heeded the words of Kanye West in regards to ownership.

The Life’s A Trip rapper took to his Instagram Stories on Sunday (September 27) and laid out a plan for his future he believes will take his portfolio beyond owning chains and cars and depreciating assets.

“I got a new goal. Every album I drop, I’m buying property along with it,” he said. “I drop Peagsus, I’m dropping half a million, million-dollar bag on some land. No cap. You gotta look at it like this. In my boat, I make about, five-six million a year.”

He continued, “So if I drop two albums a year and I invest in a property every time I drop an album, say three years go pass. I own six pieces of land that I done paid half a million to a million dollars for, regardless of where its at. It’s gon’ work for me in the future. On top of that, you ain’t shit unless you own something in this world. Fuck a chain, fuck some cars.”

While his upcoming Pegasus album has yet to be released officially, the Ohio native is keeping busy, teaming with Busta Rhymes for “I Got You” and strictly for the hell of it, is tattooing people’s asses as a hobby.

Trippie found himself agreeing with Ye after the G.O.O.D. Music rapper/producer went on a tweetstorm focused on changing the structure of recording contracts and promoting ownership. He took to Instagram on September 16 to ask Ye to hit him up.

Days later, Trippie immediately launched into his idea of ownership, purchasing a property and plotting to continue the process until he felt completely satisfied.

“Listen man, Kanye ain’t wrong. Y’all supposed to – everybody should want this for themselves. Land, land, land,” he said on Instagram Sunday (September 27). “Niggas spending $3 million on 1,000 square-feet with no yard when you can spend muthafuckin’ .. 600 to a million, $600,000 would get you fuckin’ four acres and 3,000 square-feet nigga. Get you a husky, get you a boat, get a little estate … y’all niggas tweakin’, I’m out the way with it! Y’all niggas like each other too much, I’m about to hibernate with the bears and shit, feel me?”