And that's before the video, which Drizzy believes is going to darn near change the world.

Trippie Redd was supposed to be on the track. However, the 18-year old was taken f at the last minute because he didn't finish his verse on time.

If Trippie's sweating the massive exposure he's missing out on by being a slow-poke, he certainly isn't showing it. Here's how he reacted when somebody brought up him losing his spot on "God's Plan". 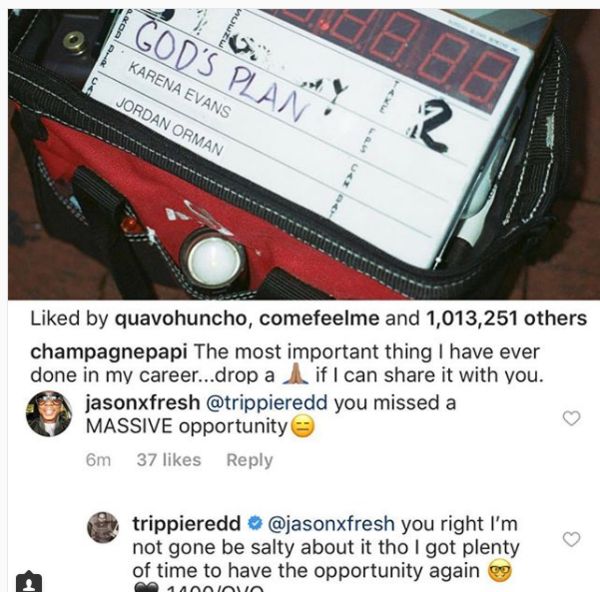 Do you think he will ever have this kind chance again?