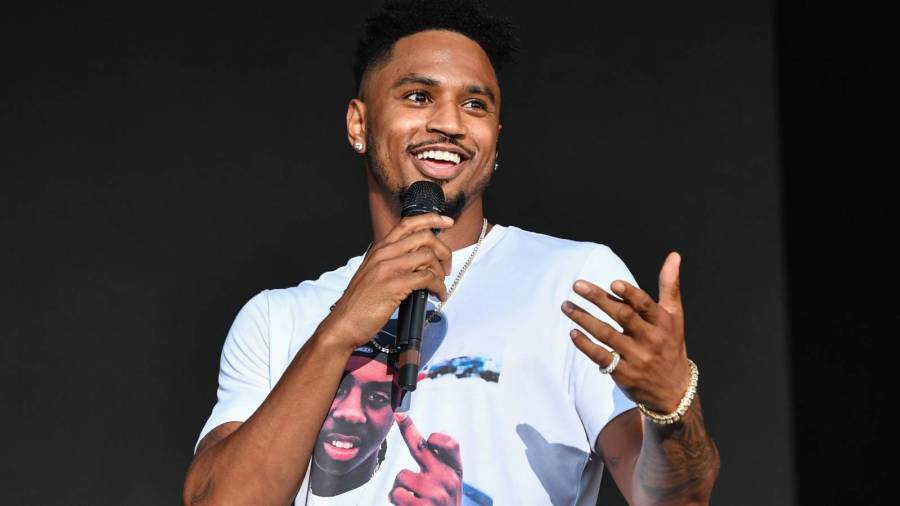 Trey Songz is currently the talk of Twitter after an alleged sex tape starring his manhood leaked online. In the very X-rated clip making the rounds on the social media giant, an unidentified woman is performing oral sex on a man purported to be Trey.

The R&B singer is taking full advantage of the limelight and playing into the chatter with a freshly uploaded selfie.

On Wednesday (February 3), not long after the clip went viral, Trey uploaded a pair of photos of himself starring wide-eyed at his phone. In the caption, he left nothing but a shocked face emoji — no denials.

The comment section lit up with remarks such as “LMAOOOO you know what you’re doing Trey!” and “Thats how we was when we seen the video too.”

Of course, Trey isn’t the first artist to allegedly suffer a breach of privacy, he’s simply the latest victim. In 2019, Dave East became a trending Twitter topic after nude photos believed to be the Harlem native arrived in a suspicious Dropbox link for all the internet to see.

Love & Hip Hop: Hollywood personality Safaree also had his private photos posted online, but he embraced the incident and turned it into a million-dollar business venture with sex toy company Doc Johnson. In 2018, he revealed he was offered seven figures if he’d allow the company to use a mold of his penis for his own sex toy new line.

It also happened to Rae Sremmurd rapper Swae Lee in 2018 — but on accident. While showing off his new ink one one of his Instagram Stories, he wound up exposing his penis and quickly became a laughing stock on Twitter due to its diminutive stature.