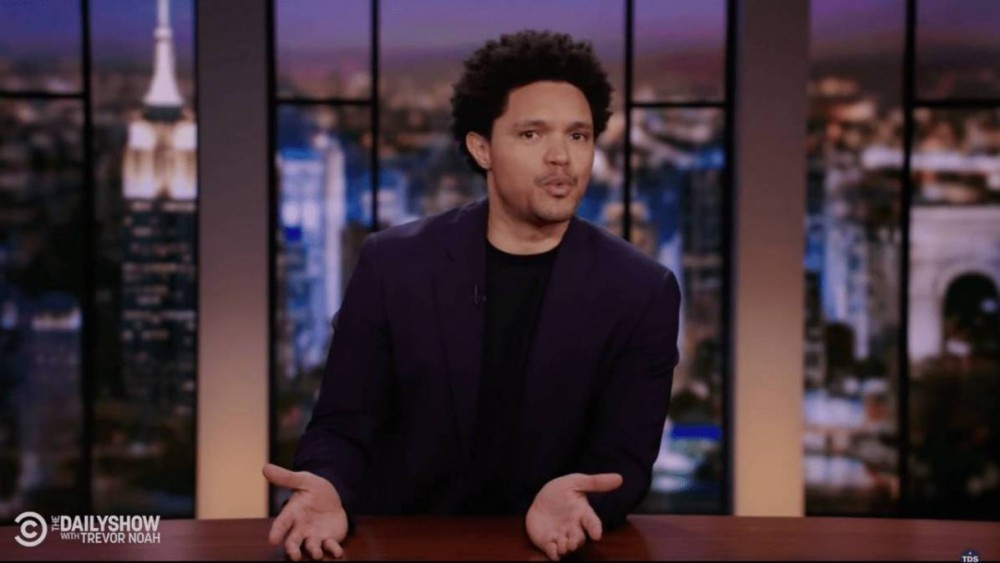 New York City, NY – Trevor Noah sought to educate his viewers on the origin of drill music on Thursday’s (February 17) The Daily Show segment “If You Don’t Know, Now You Know.”

The segment arrives after New York City Mayor Eric Adams pledged on Monday (February 14) to ban drill music, claiming it attributed to city-wide gun violence after two local drill rappers were shot and killed in February. Noah broke down the decade-long history of drill music and reminded viewers of the problematic undertones long associated with trying to quell rap.

“You can totally understand where all of these people are coming from,” Noah said. “They feel like the rap is making the street more dangerous, but don’t forget, don’t forget this is an argument that we’ve heard about rap music for decades.”

He continued by saying, “back in the 90s people were saying all the same things that they’re saying about rap music now about drill rap music and you’ll find in another 30 years they’ll be saying the same thing about whatever rap is then.” He later added that while the backlash against drill rap is slightly different, the fact the same arguments are being made as they were in the 90s should give people pause.

“A lot of people that think drill rap is the cause of this violence don’t realize that if you ask people in the drill rap community they say no it’s not the cause of the violence, it’s actually the other way around.”

The Daily Show host concluded by pointing out drill rappers were merely rapping about their present reality.

Trevor Noah’s segment comes after Fivio Foreign, Maino and other New York drill artists sat down with Eric Adams on Tuesday (February 15) to open up a more constructive dialogue surrounding their music.

“It’s been a lot of talk about drill rap, drill music in New York City, connecting violence with the culture, and I just wanted to create a conversation with the mayor,” veteran Brooklyn rapper Maino said in a clip from the meeting posted to Instagram.