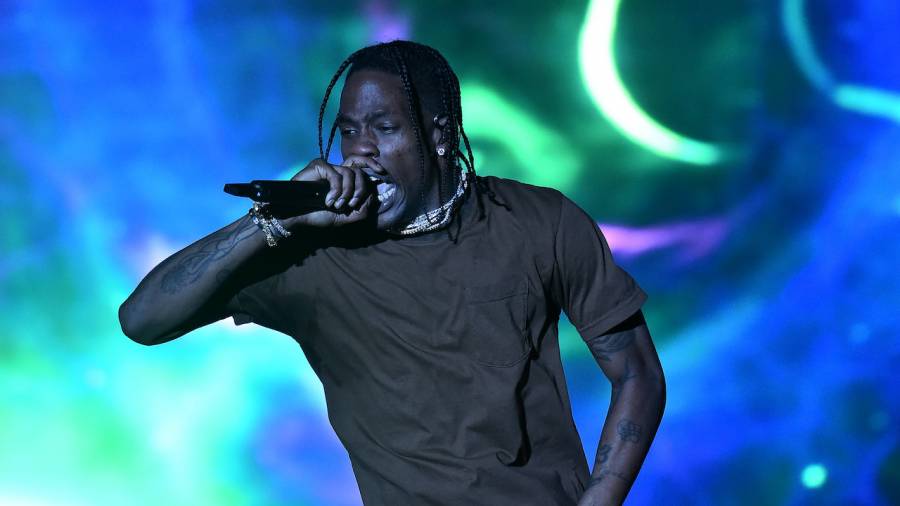 Travis Scott’s small break from releasing new music has led him to become one of the biggest brands in the world. But it doesn’t mean the Houston native isn’t checking things off his bucket list.

The multi-platinum rapper hit the mountains with Olympic gold medalist Shaun White and managed to dive into his SSX Tricky bag by pulling off his first trick after only taking up the cause at the beginning of 2021.

“Shaun held it down while I tried my first box,” La Flame wrote on Instagram Friday (January 29). “I’m overly hyped cause I picked this board up on January 1st.”

Scott can be seen struggling to get his footing right on the board, but once he lines up with the short box railing, he easily glides on top of it before hitting the snow with ease.

Scott’s been checking off numerous boxes in terms of childhood goals turned reality. In September, he had early access to the PlayStation 5 weeks before the console’s global release. He took over Fortnite with his own virtual concert, shattering records for viewership and helping establish a new plateau for rappers and game partnerships. He later became the face of McDonald’s for a brief period of time as his Cactus Jack meal promptly sold out at the fast-food restaurant and his action figure became such a hot item, it reportedly sold for $55,000 online.

With Scott’s Astroworld still picking up accolades, fans have turned their attention towards new music from him. However, Scott found himself still amongst one of the most-streamed artists in the world in an “off year” with over four billion Spotify streams and two No. 1 singles in “THE SCOTTS” with Kid Cudi and “FRANCHISE” alongside Young Thug and M.I.A.

To top it off, he covered Forbes’ 30 Under 30 issue and pulled in over an estimated $100 million due to all his endorsements.