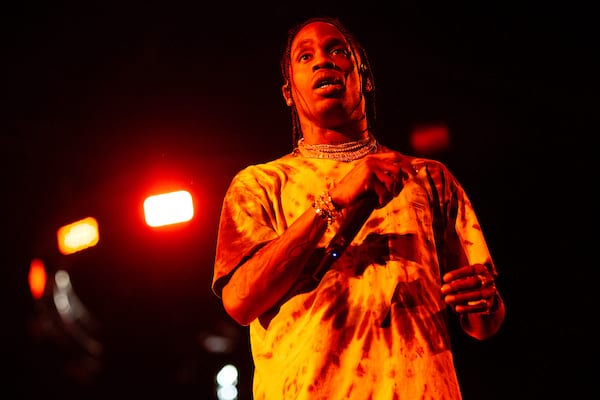 Travis Scott keeps receiving backlash following the Astroworld Tragedy that claimed the lives of 10 people and injured over 300 others. According to KESQ News 3, the “GOOSEBUMPS” rapper has now been removed from the 2022 Coachella lineup. The city of Indio, California where the festival is held, and Community Services Manager Jim Curtis confirmed Scott’s removal on Friday, December 10th.

The Astroworld tragedy took place on November 5th, and an online petition to remove Scott from his headlining spot at Coachella was launched soon after. It has collected just shy of 60,000 signatures.

As the description explains, “With the recent tragic and unnecessary death at Travis Scott’s Astroworld concert, due to Scott’s own gross negligence and sheer lack of compassion for human life, we ask AEG, Paul Tollet, and Goldenvoice to remove his as a performer at all of their festivals.”

Travis has been hit with multiple lawsuits, with over 2,800 alleged victims seeking billions of dollars in damages. But earlier this week, Scott and his legal team responded to a lawsuit filed by Jessie Garcia, who claimed to suffer injuries while at the ill-fated event.

Scott wants the suit dismissed “with prejudice” as it pertains to Scott, his Cactus Jack label, and Jack Enterprises. The 29-year-old Houstonian also issued a “general denial,” which would cover all 275 and counting lawsuits against him.