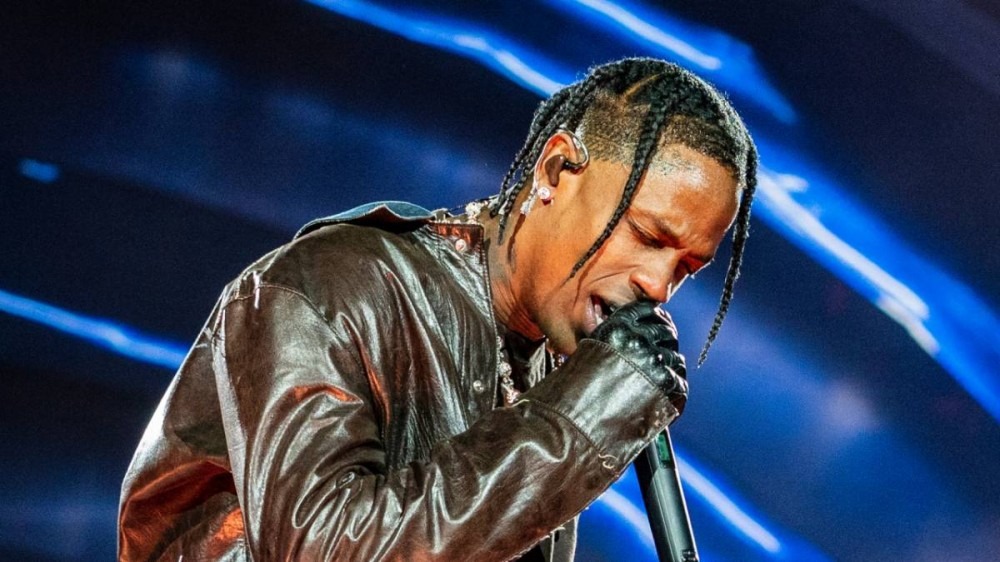 Travis Scott is set to refund all attendees of his Astroworld Festival following the tragic deaths of eight people during the Houston concert on Friday (November 5), according to Variety.

The 30-year-old rapper has also canceled an upcoming performance in Las Vegas, where he was scheduled to headline the Day N Vegas festival on Saturday (November 13). Variety sources say Travis is “too distraught to play” in the aftermath of the tragic events that unfolded at his own festival at Houston’s NRG Park last week.

At least eight people died, ranging from ages 14 to 27, and hundreds more were injured during Travis Scott’s headlining set on Friday night after portions of the approximately 50,000-strong crowd surged to the front of the stage. Accounts from concert-goers detail horrific scenes of people being crushed, trampled on and falling unconscious.

Houston Mayor Sylvester Turner confirmed 25 people were transferred to local hospitals from the venue, while around 300 people were treated on the festival grounds at a makeshift treatment facility.

In a more sinister twist to the still-developing story, the Houston Police Department confirmed a security guard was injected with some kind of drug while attempting to restrain a concert-goer during the chaos. Emergency personnel were able to revive the security guard after administering Narcan, a prescription medicine used to treat opioid overdoses.

However, investigators have yet to piece together a complete picture of the events that resulted in eight fatalities and hundreds more casualties.

“Nothing is off the table in terms of persons who were there, people who fainted, people who were transported,” Houston Police Chief Troy Finner said. “As far as a crowd surge, all of those things are being looked at. It’s way too early to draw any conclusions.”

Travis Scott, who has come under scrutiny for continuing his Astroworld performance for 37 minutes as the horrific events unfolded, addressed the tragedy on social media over the weekend.

“I want to send out prayers to the ones that was lost last night,” he said in a video posted to his Instagram Story on Saturday (November 6). “I could just never imagine the severity of the situation… I’m honestly just devastated.”

Travis Scott has already been named in a lawsuit over the Astroworld Festival tragedy. A man named Manuel Souza is seeking $1 million in damages, accusing the Cactus Jack rapper and festival organizers Live Nation and ScoreMore of both negligence and gross negligence.

He claims the horrific events were “predictable and preventable” had organizers paid more attention to several red flags in the days leading up to the event, while accusing Travis of “[making] the conscious decision to let the show go on, despite the extreme risk of harm to concertgoers that was escalating by the moment.”

Drake, who was brought out as a special guest during Travis Scott’s headlining Astroworld set, has also been hit with a $1 million lawsuit by another concert attendee named Kristian Paredes, who has claimed the “SICKO MODE” collaborators “helped incite the crowd that night.”