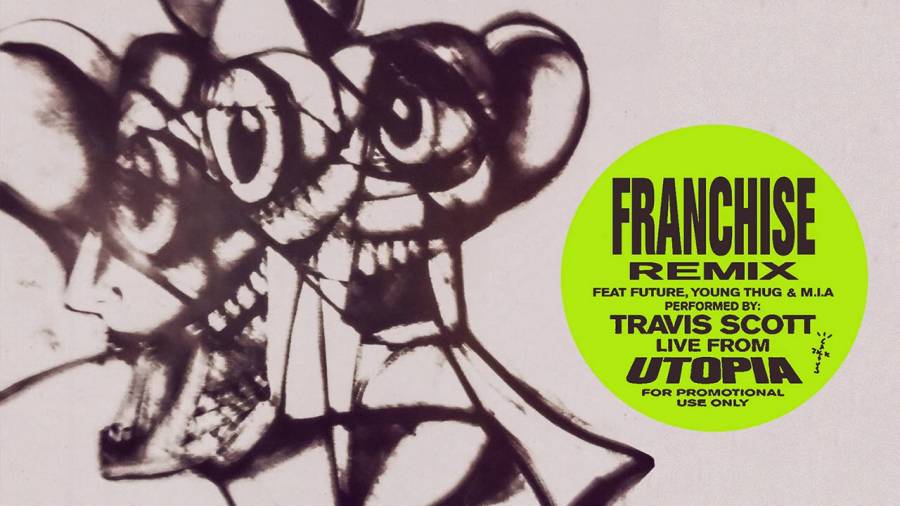 Future has jumped on the remix of Travis Scott’s hit single “Franchise” featuring Young Thug and M.I.A. The updated version of the song arrives a few days after the original track debuted at No. 1 on the Billboard Hot 100.

Scott’s “Franchise” helped him make Billboard history, becoming the first artist to ever score three No. 1 hits in less than a year. His run began when “Highest In The Room” reached the top of the chart dated October 19, 2019, and continued with his Kid Cudi collaboration “The Scott” claiming the throne this past May.

Ariana Grande previously held the record for the fastest time frame to earn three No. 1 songs. She accomplished the feat over the span of a year and four months.

“Franchise” was Scott’s fourth No. 1 single of his career. In addition to the aforementioned tracks, he also made it to the top of the Hot 100 with his Drake-assisted “Sicko Mode” in 2018.