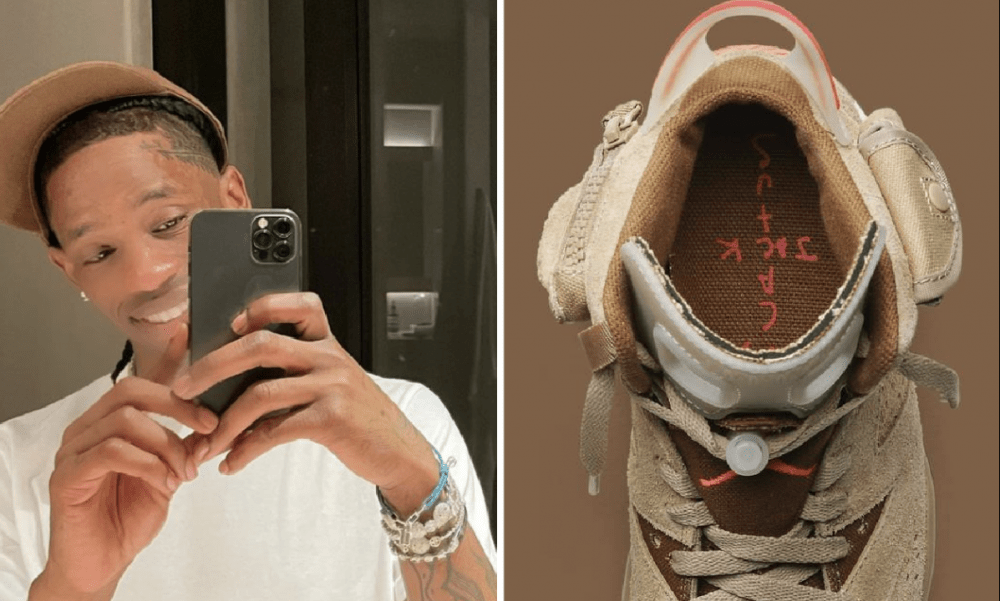 Travis Scott has built one of the strongest and most lucrative brands in all of Hip Hop. Being one of the premier tastemakers in music has allowed him to crossover into the fashion world, where Nike has allowed Scott to create his own colorways of several of their signature models and he’s back with another one this week.

La Flame’s Air Jordan 6 “British Khaki” colorway is set to release on Friday (April 30) on Nike’s SNKRS app among select retailers. The $250 retail kicks are sure to sell out within minutes and are going to have a hefty resale price on the secondary market.

The release actually coincides with La Flame’s 29th birthday on Friday as well. He celebrated a day early with his very own edible CACTI birthday cake, which looks about as realistic as it gets.

The Jordan 6’s have a more rugged feel to them with a brown colorway and cargo pockets giving the Cactus Jack footwear a bulkier texture flanking the ankles. Adding a wrinkle to them is the fact they actually glow-in-the-dark, giving the kicks a beaming finish.

Scott released a “Crossover” merchandise run to go along with the sneakers, which is available on his website. The capsule collection includes motorcross-themed shirts, hoodies, jackets and sweatpants.

Take a more detailed look at the Jordan 6 “British Khaki” below and find all of the retailers that will have the sneakers in stock on Friday here.