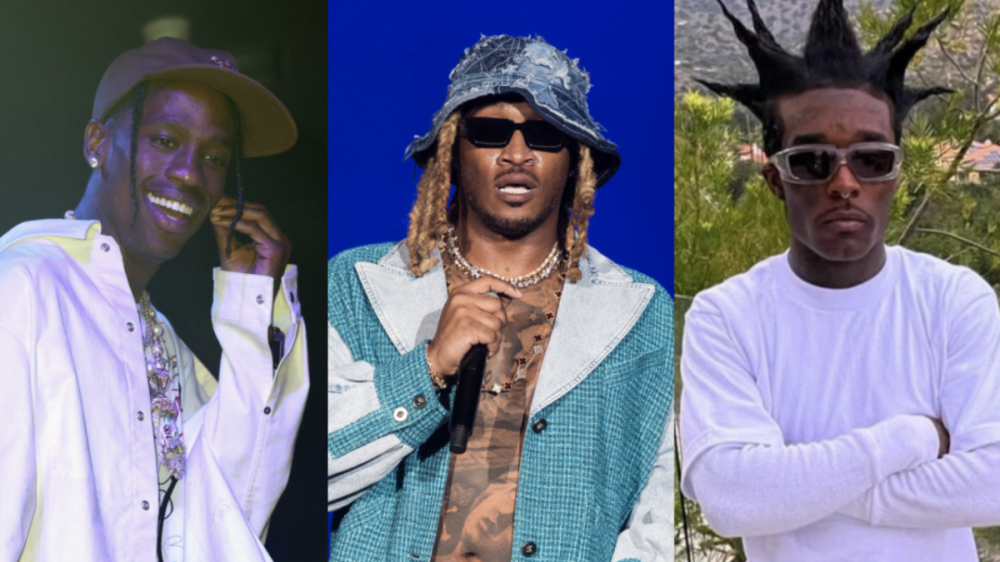 Las Vegas, NV – Travis Scott has previewed a slew of new songs ahead of the release of his highly anticipated Utopia album.

The performance marked the opening night of Scott’s Road to Utopia residency at the Vegas venue, which promises six more shows between now and October 15.

Travis Scott has a rich collaborative history with all four artists. La Flame and Future have previously connected on tracks like “Franchise (Remix),” “3500” and, most recently, Southside’s “Hold That Heat,” while his past meetings with Lil Uzi include “Watch” and “Go Off.”

Scott and Kid Cudi — one of his musical idols — joined forces for the chart-topping “The Scotts” in 2020, as well as “Stop Trying to Be God,” “Through the Late Night” and “Baptized In Fire” before that. Pharrell, meanwhile, has previously lent his production to both Rodeo (“Flying High”) and Astroworld (“Skeletons”).

The Houston native has been teasing out new tunes all summer as he debuted two new songs — “God’s Country” and “Lost Forever” — at his sold-out shows at London’s O2 Arena in August.

Immediately following those performances, Scott signaled his intent to retreat to the studio and finish recording Utopia. “I’ll be back when it’s album time,” he wrote on Instagram.

In various interviews discussing the project, the Cactus Jack hitmaker has described Utopia as “psychedelic rock” and “a new fucking sound.”

“I’m working with some new people and I’m just trying to expand the sound,” he told i-D magazine last year. “I’ve been making beats again, rapping on my own beats, just putting everything together and trying to grow it really.”

Travis Scott’s last album, Astroworld, arrived in 2018 to much fanfare, debuting at No. 1 on the Billboard 200 with 537,000 album-equivalent units in its first week.

Powered by hit singles like “Sicko Mode,” “Yosemite” and “Butterfly Effect,” as well as a star-studded supporting cast, the project was nominated for Best Rap Album at the 2019 Grammy Awards and has since been certified 4x platinum.