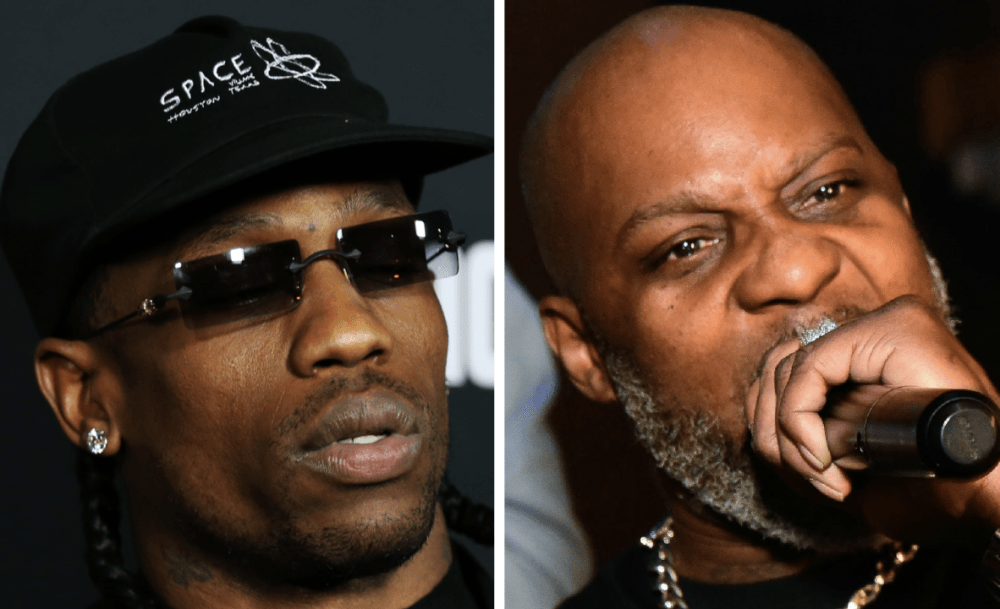 The Hip Hop community continues to show an outpouring of love and support for DMX after he reportedly suffered a heart attack from an alleged drug overdose on Friday (April 2). Travis Scott had a few uplifting words for X when TMZ caught up with the Houston native before he skirted off on Monday afternoon (April 5).

The outlet found Scott posted up in his exotic sports car and asked him about his favorite DMX song, to which he quickly replied with …And Then There Was X‘s “What’s My Name.”

Travis Scott continued to send his positive thoughts to the Yonkers legend, “We love DMX. X for life!”

DMX reportedly remains on life support at White Plains Hospital in New York. TMZ described the 50-year-old as being in “grave condition.”

Hundreds of fans gathered on Monday evening outside the hospital to hold a vigil to help raise the spirits of X’s loved ones through prayer. DMX’s fiancéeDesiree Lindstrom and ex-wife Tashera Simmons were both in attendance along with his four-year-old son Exodus and goddaughter/actress Paige Hurd.

The event took on more of a block party feel when classic X cuts such as “Where the Hood At,” “Party Up” and “Lord Give Me a Sign” boomed throughout the speakers filling the street. The Ruff Ryders Motorcycle Club revved their engines and rode around to show support for X as well.