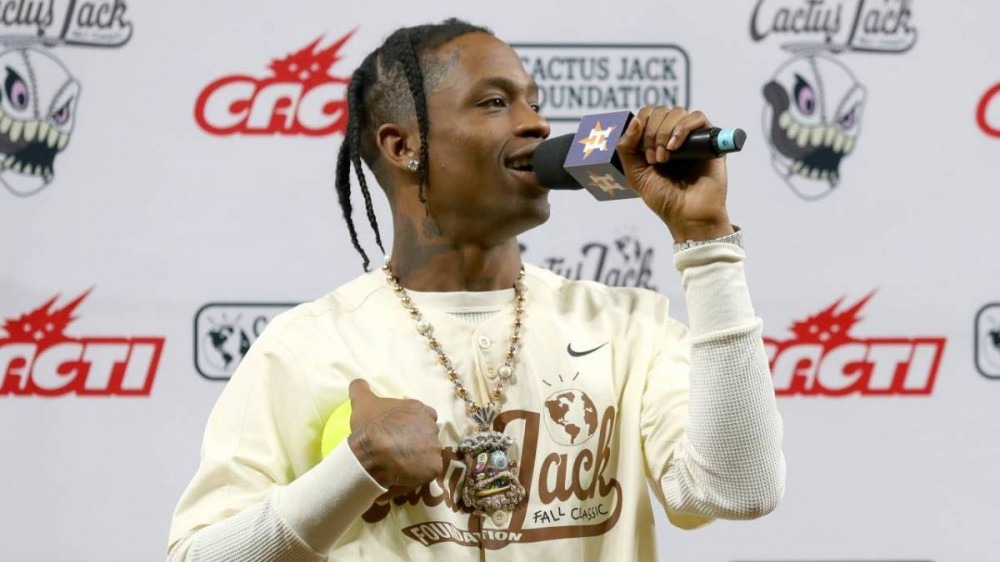 Houston, TX – It’s a busy week in Houston for Travis Scott with a ton of festivities planned ahead of his third annual Astroworld Festival slated for NRG Park this weekend.

Prior to lacing up his cleats for the charity Cactus Jack Foundation Fall Classic Softball Game, La Flame headed to his elementary school to launch his Cactus Jack Gardens project on Wednesday (November 3) in honor of his grandmother.

Travis Scott teamed up with Houston ISD at the ribbon-cutting ceremony and spoke to the Young Elementary School students where he once stood in the early 2000s.

“Where you are right now is not the end-all, be-all,” he said. “Maybe when y’all get older this all might be something you understand. I love you guys so much. Let’s make some amazing things.”

In addition to his grandma, Scott was joined by his mom and sister in attendance at the ceremony.

“We grew up not too far from here on Rosehaven,” he told the crowd. “She used to have a garden in her backyard that looked similar to this. She might still have it back there. All she did was make flowers for people around the neighborhood. She probably did hair back there, too.

“It’s kinda crazy that we’re able to bring this to the elementary school and allow kids to have that same experience I was having when I was a kid. I just love to see this community grow up and get into a very good spot where it’s a super safe and creative environment for these kids.”

Later Wednesday night, La Flame crashed SZA’s performance as a surprise guest to perform his woozy verse on their “Love Galore” collaboration. Travis Scott is also releasing a UTOPIA single on Friday (November 5) ahead of his Astroworld Festival.