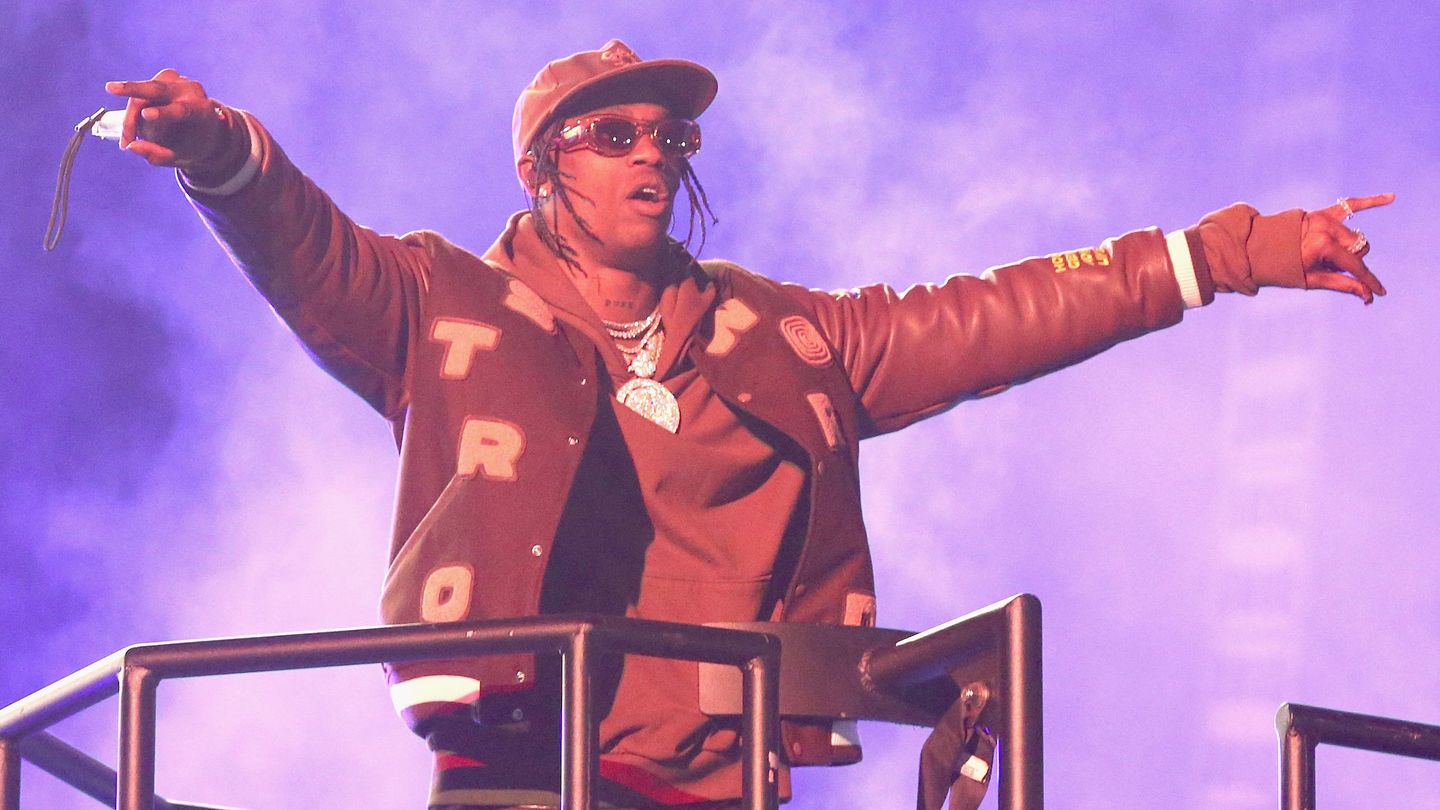 For the cover of Travis Scott's 2015 debut album Rodeo, the rapper was an action figure. I say this to say that we should have expected him to go even bigger and better in the future with his creative endeavors, and now he's proven that you truly can't predict what he'll do next. Scott's releasing a new song on Fortnite soon and he's getting his own event for it.

From April 23-25, you'll be able to hear Scott's new song in an event that Epic Games has dubbed as "Astronomical." Per the official site page, it's an "other-worldly experience inspired by Cactus Jack's creations, built from the ground up in Fortnite." We've seen some of the wild stuff that Scott can do such as build a rollercoaster on stage so seeing what he can accomplish without being bound by the laws of physics will be a sight to imagine.

An official teaser has been shared that shows a floating bus barreling through space at high speed. It's a surefire "WTF" moment that'll probably make sense in the context of the event. But, then again, is there any event that could make a floating bus make sense?

Over this two day period, you'll have five chances to catch Scott's premiere event. Here's the schedule of when they'll take place:

Scott dropped his Astroworld album in 2018. The LP's name was inspired by the defunct Six Flag Astroworld theme park that was located in Houston, TX before closing down in 2005.

Since the release of Astroworld, Scott's shared his Cactus Jack Records label's compilation album, Jackboys, that featured "Highest In The Room." The project became the first number one album of 2020 and featured appearances from Rosalía, Young Thug, and more.

More recently, Scott was featured on "Give A Fxk," with Migos and Young Thug, and "Turks," with Nav and Gunna.

Check out the teaser for Scott's new song and Fortnite event up above.