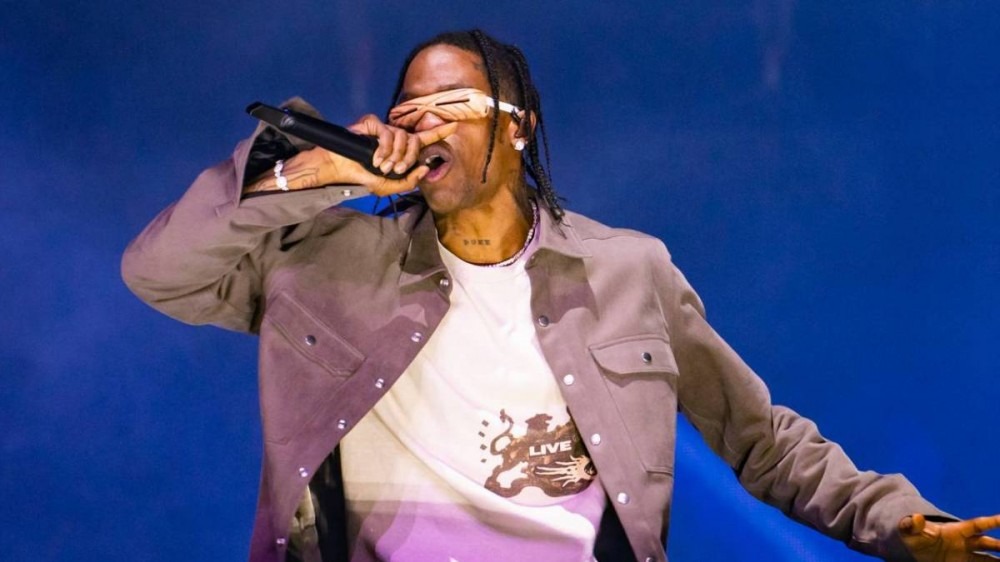 Travis Scott appears to be inching ever closer to putting the finishing touches on his highly-anticipated UTOPIA album.

On the heels of back-to-back emotionally charged shows at London’s O2 Arena, La Flame sent a message to fans on Monday (August 8) signaling that the wait for new music could soon be over, tweeting: “I’ll be back when it’s album time.”

Following his return to the arena stage overseas, Scott flooded his Instagram account with highlights from the sold-out shows across the pond.

In his most recent post from Sunday (August 7), he announced he was switching his focus back to completing his ASTROWORLD follow-up. “Now to finish [CD emoji],” he captioned the final photo dump.

The Houston native didn’t miss a beat while he was on stage at The O2, and his performance even included some unreleased music with the live debut of the tentatively titled “God’s Country.”

The new track first emerged out of the DONDA sessions with vocals from Kanye West and Travis Scott. It also made an appearance when it provided the soundtrack to a DONDA trailer for a documentary crafted by Damon Dash.

Elsewhere in his London set, Scott performed another unreleased track that’s possibly titled “Lost Forever,” which features Westside Gunn and James Blake. He previously debuted it at the 2022 Billboard Music Awards in May.

Trav also has a Las Vegas residency lined up for September billed as the Road to UTOPIA. La Flame announced he’ll headlining a seven-night residency at the Zouk nightclub inside Resorts World Las Vegas. The string of shows is the beginning of a “multi-year partnership” between the Houston rapper and Zouk, with the first show kicking off on September 17.

The Cactus Jack rapper has been steadily making his way back into the spotlight in recent months after coming under scrutiny over the tragedy that unfolded at his 2021 Astroworld Festival, which resulted in 10 deaths.