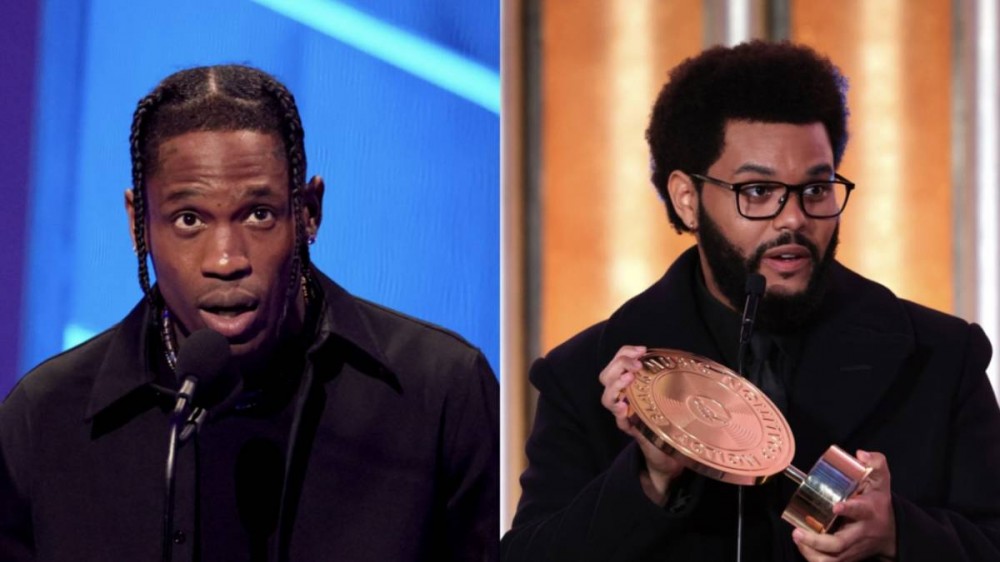 Toronto, Ontario, Canada – Travis Scott and The Weeknd have an undeniable chemistry that shows whenever they collaborate on a track. Both artists are working on their upcoming albums, causing people to wonder if there’s another collab in the works.

On Tuesday (October 5), XO co-founder and The Weeknd’s co-manager Amir “Cash” Esmailian took to Instagram with a trio of pictures that had people talking on social media. In his post, Cash is sitting in a recording studio next to none other than La Flame himself.

“My brother always pullin up,” Cash wrote in the caption.

A studio link-up can mean anything, whether it’s simply catching up with friends or hearing what new music is on the horizon. In this case, fans assume it means so much more after Travis jumped into Cash’s comment section with a suggestive remark: “Dawnski.”

The Weeknd’s upcoming album is allegedly titled The Dawn, and he’s been dropping hints left and right regarding the project. He released a single, “Take My Breath,” in August that signaled the new era The Weeknd is about to embark on for this album.

Earlier this week, The Weeknd made his long-awaited return to his Apple Music 1 radio show Memento Mori, where he told fans the album is complete and hinted at big-name guest features showing up on The Dawn.

“Some exciting features coming out in the fall before the album drops,” he said during the broadcast. “We’ll slowly be unraveling that info in the next couple months.”

He added, “Some Dawn updates: album is complete. Only thing missing is a couple characters that are key to the narrative. Some people that are near and dear to me, some people that inspired my life as a child, and some that inspire me now. More to come in the following months.”