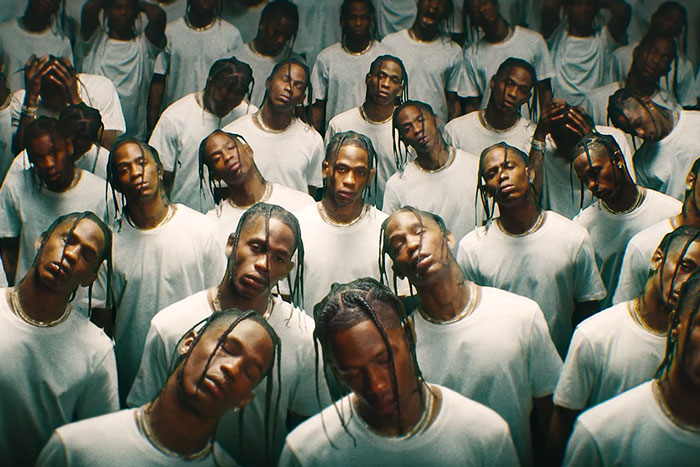 The Houston rapper unleashes his highly-anticipated single featuring Young Thug and M.I.A. Produced by Chase B, the throbbing track was previously titled “White Tee” and debuted on .WAV Radio in July.

“Coco like I’m Ice-T / Got ’em Bamboozled like I’m Spike Lee,” Travis raps over the rattling bass line. “You need more than Google just to find me.”

M.I.A., who Travis calls the “illest of all time,” was later added to the song. “She’s just one of my favorite artists as humans,” he told Apple Music. “So it was just amazing and you know, just chopping it up and spend some time. When I finished the song, I couldn’t think of nobody else that could probably just maybe like, body this shit… And just that presence, man. We ain’t felt this presence in a long time.”

Additionally, Travis has released an epic music video, which was shot on location at Michael Jordan’s Chicago-area mansion. The video, which he co-directed with White Trash Tyler, is playing in IMAX theaters ahead of select Tenet showings starting tonight.

Travis has been teasing a new album, the follow-up to 2018’s Astroworld, which is rumored to be called Utopia. “I feel like I’ve learned so much. I think with this next project I’m just embodying all of the knowledge I’ve taken in and trying to make the best form of it,” he told GQ.

Meanwhile, his Travis Scott Meal at McDonald’s has been a huge hit. The fast-food chain has reported shortages of key ingredients due to overwhelming demand.