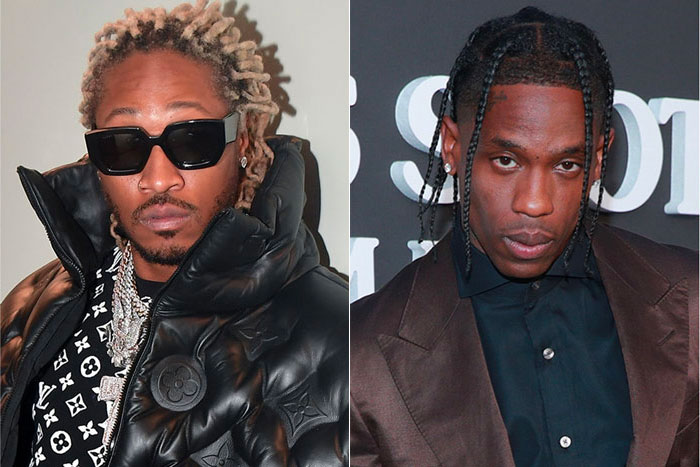 Hot off the No. 1 debut of “Franchise,” Travis Scott connects with Future on the official remix.

Hndrxx kicks things off by adding his hypnotic flow over the explosive track, which originally only featured Young Thug and M.I.A.

“Franchise” opened at No. 1 on the Billboard Hot 100, becoming Travis’ fourth No. 1 on the chart. He is also the first artist to debut three consecutive songs atop the Hot 100 within a year.

He will return with another episode of .WAV Radio on Apple Music today at 2 p.m. EST. Meanwhile, he continues to work on his next project, which may be called Utopia.

“GOING TO GO COOK UP AND BUILD THESE WALLS FOR UTOPIA. SEE YOU GUYS SOON,” he tweeted earlier this week.