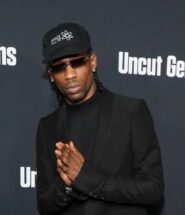 Travis Scott already has the platinum touch when it comes to making music but paired with Drake, he knocks it out of Astroworld. So it comes as no surprise their diamond-certified “SICKO MODE” collaboration has just crossed a major streaming milestone.

“SICKO MODE” was released as the second single off Scott’s third studio album Astroworld, which featured guest vocals from Kid Cudi, Frank Ocean, The Weeknd, Gunna and 21 Savage, among others. The song features uncredited vocals from Rae Sremmurd rapper Swae Lee and the late Big Hawk.

It also marked Scott’s first No. 1 single on the Billboard Hot 100 as well as the first Hip Hop song in history to spend at least 30 weeks in the chart’s Top 10. It received nominations for Best Rap Performance and Best Rap Song at the 61st Annual Grammy Awards as well.

The video, directed by Dave Meyers and Scott himself, has racked up over 752 million YouTube views since its October 2018 release.

Following the Astroworld madness, Scott has been busy making money moves with major companies such as McDonald’s and Nike while working on a follow-up album called Utopia, which is expected to arrive in 2021. Meanwhile, Drake fans are eagerly awaiting Certified Lover Boy, his follow-up to 2018’s double album Scorpion.