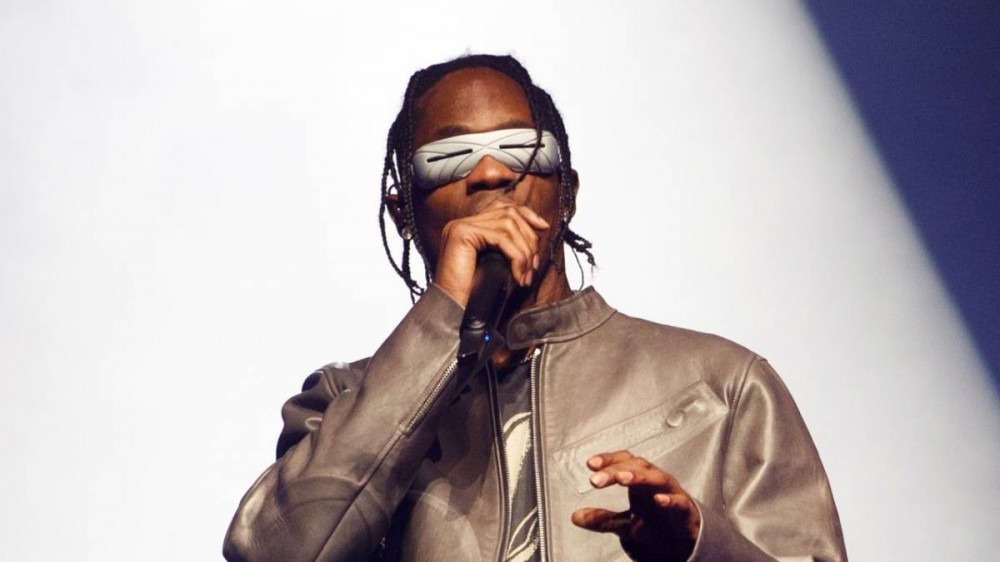 In one of his first major performances since his deadly Astroworld Festival in Houston last November, where 10 people lost their lives, the Cactus Jack hitmaker continued his comeback campaign with a typically high-energy set in the English capital.

Roughly halfway through his set, Travis Scott debuted “God’s Country,” a woozy, trunk-rattling song that appeared on an early version of Kanye West’s DONDA tracklist. The song was also previewed in a DONDA documentary made by Damon Dash that leaked earlier this year.

Moments later, Scott performed another unreleased track tentatively titled “Lost Forever,” which features Westside Gunn and James Blake. He previously debuted it at the 2022 Billboard Music Awards in May.

Both songs are rumored to appear on the 31-year-old’s upcoming fourth studio album Utopia, the long-awaited follow-up to 2018’s Astroworld.

After the concert, Travis Scott’s energy was palpable as he celebrated backstage with NBA superstar pals James Harden and Kevin Durant. The rapper was filmed slapping and kicking a door as KD doused him in champagne and Harden declared, “The biggest in the world is back!”

Travis Scott will return to the O2 Arena for a second and final performance on Sunday night (August 7). His London jaunt serves as a warm-up for his recently-announced Road to Utopia residency at Las Vegas’ Zouk nightclub, where he’ll perform seven shows between September 17 and October 15.

The Houston-bred hitmaker has been steadily making his way back into the spotlight in recent months after coming under scrutiny over the tragedy that unfolded at his aforementioned Astroworld Festival.

In July, he came out as a surprise guest during Future’s headlining set at Rolling Loud Miami, despite speculation that he was banned from the festival. (Rumors suggested Kanye West pulled the plug on his own headlining slot for this very reason.)

Scott has also appeared on songs with Southside and Future (“Hold That Heat”) and NAV and Lil Baby (“Never Sleep”), while previously-shelved collaboration with Dior hit shelves in July.

Check out more footage from Travis Scott’s London concert, as well as the setlist, below.