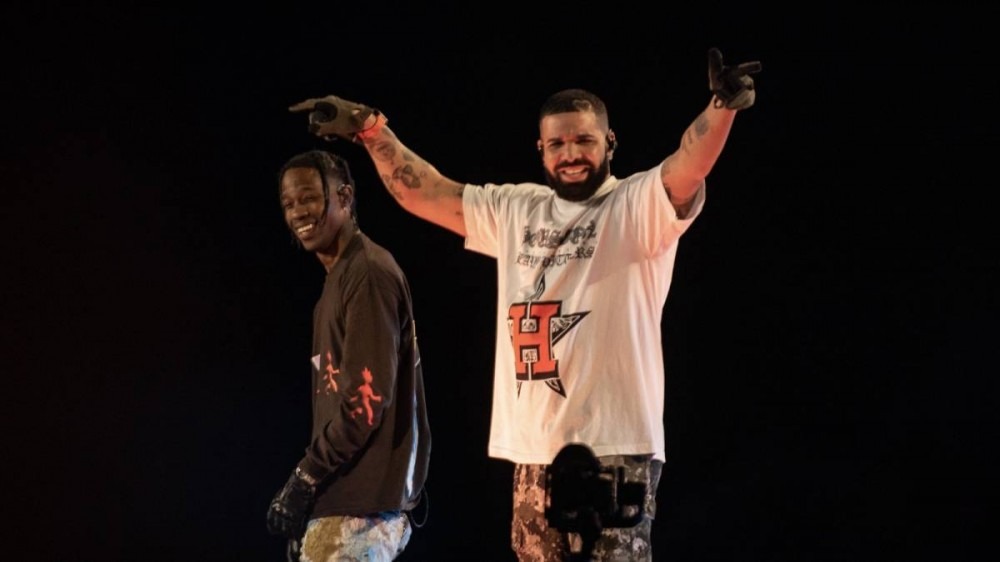 Houston, Texas – Travis Scott brought his Astroworld Festival back to Houston, Texas, for the first time since the COVID-19 pandemic shut the world down, and La Flame treated fans to a hell of a surprise.

Toward the end of his explosive set on Friday (November 5), Scott asked the crowd to turn up a little more from the front, all the way to the back. Fans were confused by his request as they were energetic the whole time, but that changed as soon as Drake’s Certified Lover Boy single “Knife Talk” crept through the speakers.

The 6 God suddenly appeared on stage, and fans burst with excitement seeing him in the flesh, ripping through his surprise performance. Scott felt the energy from the crowd so much for “Knife Talk” that he told Drizzy to keep going, and he was more than happy to oblige.

Drake gave fans a triple shot of CLB hits with “TSU,” “Way 2 Sexy” and “In 2 Deep.” As if that weren’t enough, Drizzy and Scott performed their No. 1 hit record “SICKO MODE,” satisfying the rabid audience.

Halfway into his impromptu set, Drake made sure to give Scott his flowers for throwing an event such as the Astroworld Festival. According to Drake, it’s rare for anyone to do what Scott is doing right now with this annual festival.

“This shit doesn’t happen every day,” Drake said. “You got to be one of the most influential, incredible, best dressed, best musicians with one of the brightest minds and the biggest fan base to pull some shit like this off.”

Drake continued at the end of his set, “One more time, I’m not going to take too much of your time, but Houston, Texas, make some noise for that muthafuckin’ man right there one more time.”

Travis Scott’s exhilarating performance on day one of the Astroworld Festival set the bar high for the performers hitting the stage on Saturday (November 6). BIA, Maxo Kream, 21 Savage, Baby Keem, Young Thug and more have a tall order to handle, but fans will undoubtedly be excited to see what they bring to Houston.

Keep it locked with HipHopDX for more coverage from the 2021 Astroworld Festival.