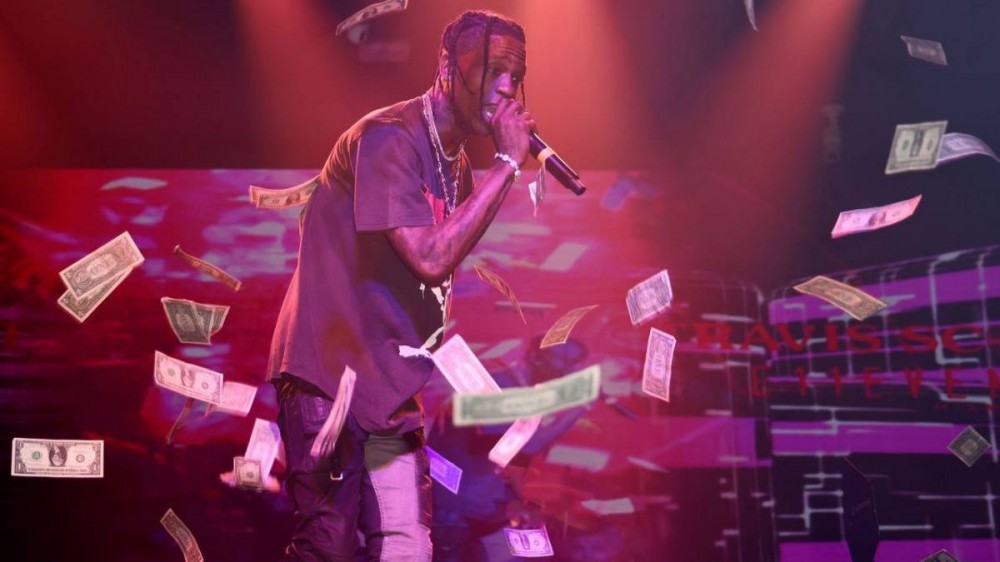 Travis Scott wasn’t happy this week when a fan fell asleep during one of his shows, which he stopped to tell the dozing gig-goer to “wake the fuck up.”

The Houston rapper was mid-way through a performance at an MLB All-Star Weekend event in Los Angeles, California when an audience member was apparently asleep right as Scott was about to perform his 5x-platinum hit single “Goosebumps.”

“Yes you, raise your hand right here,” Scott said motioning towards someone in the audience. “Yes, you here with the beard. Yes with the glasses, uh turn around. Wake the fuck up.”

Travis Scott calls out a fan for falling asleep during his performance 😂 @trvisXX pic.twitter.com/Ye6S3MfU0P

Travis Scott’s latest performance at the Michael Rubin-hosted event was part of return to performing live shows following the deaths of 10 people at his Astroworld festival last November.

He currently has back-to-back performances booked for London’s O2 Arena in August followed by headlining slots at Primavera Sound festivals in Brazil, Argentina and Chile in November.

However, the families of the Astroworld victims haven’t been so welcoming to Travis Scott’s return to the public eye. During a recent performance in Coney Island, New York, Scott halted mid-way through in order to conduct a safety check with his audience. Attorney Alex Hilliard, who represents the family of one of the Astroworld victims, told TMZ the gesture was performative and did nothing to show that Scott has learned his lesson since the tragedy.

“He knows exactly how to keep his fans safe during a concert, but the problem with that is he didn’t just learn about the fact that he has control over the entire crowd,” Hilliard said. “There are 10 people that would still be alive today, including young Ezra Blount, if Travis realized his responsibility as an artist goes further than just trying to rile up his crowds, and it reemphasizes the rule of ‘if you see something say something.’”

The deaths at Astroworld  are said to have occurred when a swelling crowd of around 10,000 people surged toward the stage to see Travis Scott perform, crushing people as they did so. Scott’s attorney Ed McPherson spoke to Good Morning America and claimed his client was completely unaware of how severe the situation was.

“Travis didn’t really understand the full effect of everything until the next morning,” he said. “Truly he did not know what was going on. Understand that when he’s up on the stage and he has flashpots going off around him and he has an ear monitor that has music blasting through it and his own voice, he can’t hear anything, he can’t see anything.”

Elsewhere, La Flame has continued to chip away at his forthcoming album UTOPIA, and he dropped his much-delayed Cactus Jack x Dior collaboration earlier this month (July 14). On Monday (July 18), he unveiled the Air Jordan 1 Low OG “Reverse Mocha,” his latest sneaker collaboration with Nike/Jordan.