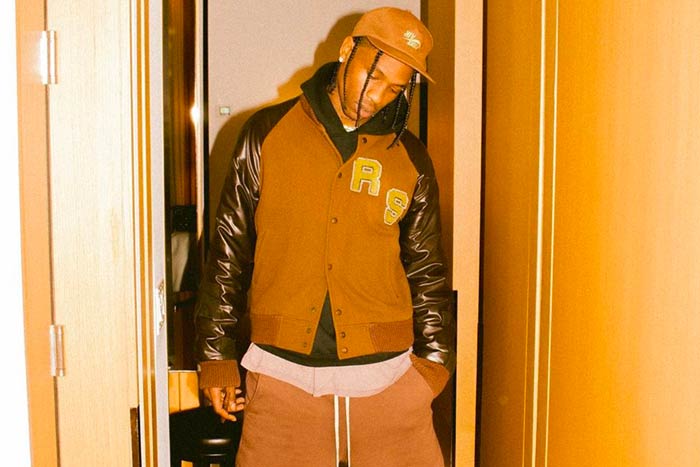 Cactus Jack is coming to McDonald’s.

After weeks of rumors and leaks, Travis Scott has announced his collaboration with the fast food giant. Taking to social media on Thursday, the Houston rapper made it official.

“CACTUS JACK FOR MCDONALD’S,” he tweeted alongside a photo of Mickey D’s famous fries in the shape of the Cactus Jack face logo.

The collaboration is set to launch at McDonald’s stores on Tuesday, Sept. 8. The official McDonald’s account also shared an image of a paper takeout bag with a Travis figurine peeking out the top.

Prior to the announcement, there had been rumors of the collaboration. An ad for the “Travis Scott Meal” also leaked online. The limited time meal will reportedly cost $6 and include a Big Mac, soft drink, and French fries—straight up. There also appears to be a Happy Meal toy set including a figurine of Travis, complete with French fries, soft drink, burger, and even a mask.

“From his impossible-to-get Nike sneaker line, to a cereal collab with General Mills that sold out in 30 seconds, to a record-setting virtual concert series inside Fortnite, Travis Scott is the definition of big in culture,” reads the memo. “Beyond this, he is a true fan of McDonald’s and our cravable, iconic food. He will resonate and spark excitement with our youthful multicultural customers, and has a few surprises to delight our crew and ensure they are part of the excitement.”

Travis is reportedly the first of more celebrity collaborations McDonald’s is planning. “We can’t wait to share the rest of the lineup,” Flatley adds in the memo.

Travis previously hinted that he was working on a “secret project” during his cover story with GQ. “Tell me if you’re fucking with this,” he told the magazine before adding, “Fire, right?”

Meanwhile, he continues to build anticipation for his next album, which fans have speculated is called Utopia. Plus, he and Kid Cudi have “cut a bunch of records together” for their forthcoming joint album.